JUHA-PEKKA VAINIKAINEN insists he won’t be daunted by the prospect of taking on a UFC veteran in next month’s CWFC Fight Night 3 main event in Beirut.

Having built up an eight-fight unbeaten record on the European circuit in the last two years, Vainikainen (18-5-1) has earned the opportunity to tackle Kyle Watson (13-7-1) in the Lebanese capital on February 11 in what will be the biggest fight of his career to date.

The Finnish 27-year-old will be aiming to add a third victory against a former UFC star to his record, following wins against Steve Lopez and Brian Geraghty in 2011. Vainikainen has impressed with his striking ability but he can expect a serious test of his ground-game against Watson.

“I’ve watched a couple of Watson’s fights. He’s really good on the ground but he won’t be able to take this fight to the ground. As always, I will deliver solid striking and get my hand raised,” said Vainikainen.

“I don’t give credit to anybody for getting a shot at the UFC just based on their skill. Watson has a ground-game I respect but it’s nothing I should fear.”

The winner of this bout could find themselves knocking on the door for a shot at reigning Cage Warriors lightweight champion Ivan Musardo, but Vainikainen isn’t looking that far ahead.

He said: “My only goal is to win my next fight. Now it’s against Watson and let’s see after the fight where that win puts me. I hope to stay fit for the whole year and to get a lot of fights.”

Vainikainen, who’ll be making his Cage Warriors debut, added: “I’m really excited about fighting abroad and in one of the biggest organisations in Europe. It’s always nice to travel and see different places. I hope we can put on a good show for the fans.

“Cage Warriors is one of Europe’s top MMA promotions and it has a great reputation. I expect to be part of a spectacular show in Lebanon.” 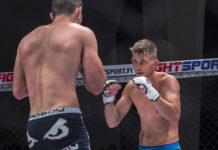 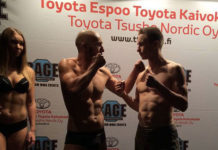 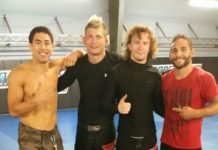