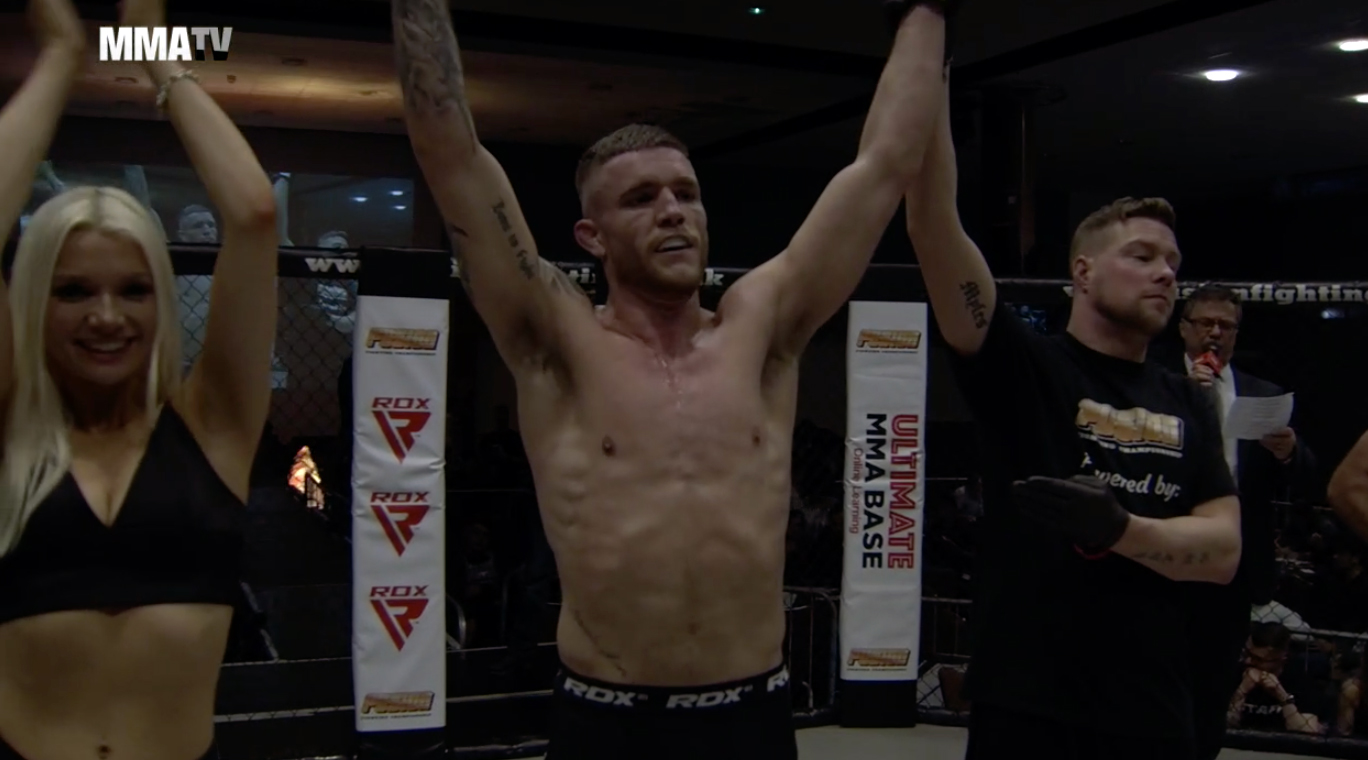 Quinten de Vreught (3-1) dominated at Fusion Fighting Championship 29 at the Epsom Downs Race Course in England. The Team Valhall/Larvik Kampsport fighter won by TKO in the second round against Issam Kurdi (0-1). “I’m very happy with my performance. We felt each other out for a minute and then it was on. ” says de Vreught to MMA Viking.

“I managed to work him into the cage and wear him down a little. With knees to the body. I almost finished him from there but he hung in there. In the second I countered his takedown attempt and capitalised on it. I hit him with the knees and finished with GNP.”

The “Hybrid Viking” bounced back from his first loss against Italy’s Michelangelo Colangelo (2-0) at UNITY Fighting Championships last April. “My training very well. After my last fight. We went back to the drawing board, and I feel like I’ve made a lot of improvements since then. ” said the fighter heading into the bout.