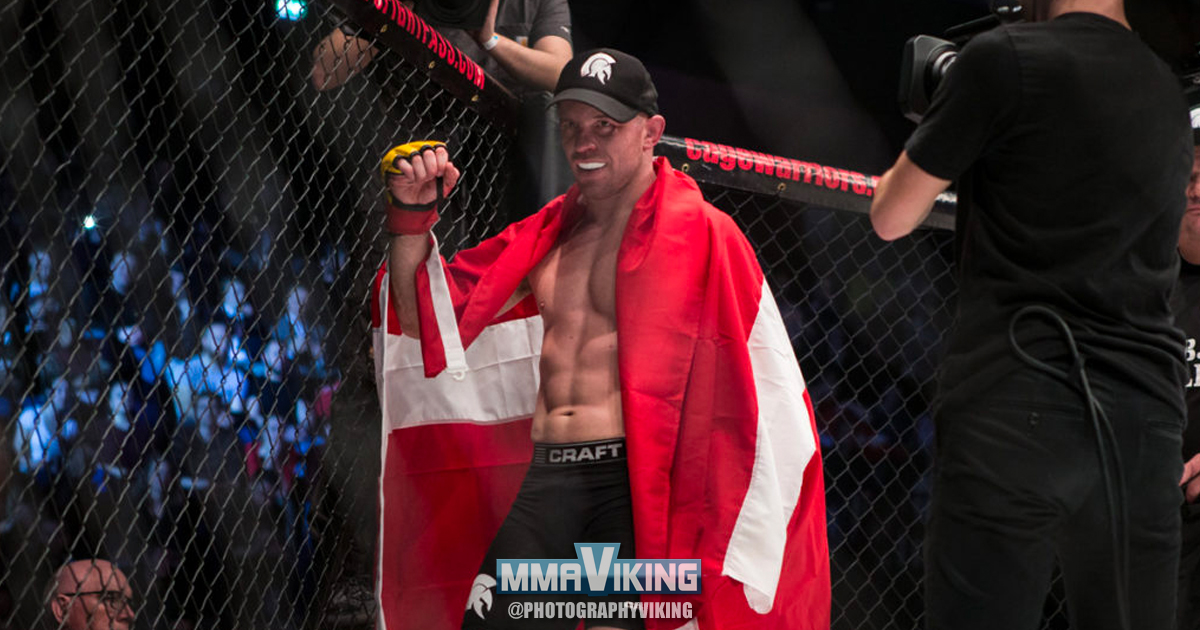 Mark O. Madsen (7-0, #8 Nordic WW) won by decision at Cage Warriors 103 in front of a cheering fanbase in Copenhagen, Denmark.  “The Olympian” outpointed Frenchman Thibaud Larchet (12-5-1) to pass another test in his undefeated career.

This was another 15 minutes of solid experience for the wrestler turned MMA fighter, getting his 3rd straight unanimous decision win after starting his career with four stoppages.

The Dane was hoping to land his big right hand, but it never happened, opting to use take-downs as needed to control the bout, which included some good ground and pound. Larchet however did have his moments and took Mark’s back late in the third to put a scare at the KB Hallen as the French fighter looked for a rear-naked choke finish.