The card for The Zone FC keeps building as officials from the organization today announced that Rami Aziz, from GBG MMA, will fight Frantz Slioa from Hilti Stockholm on the 6th of May. The Zone FC – Demolition will be held in Gothenburg. Frantz Slioa has a fight record of 2-0-0 and the fight goes in feather weight -66 kg. 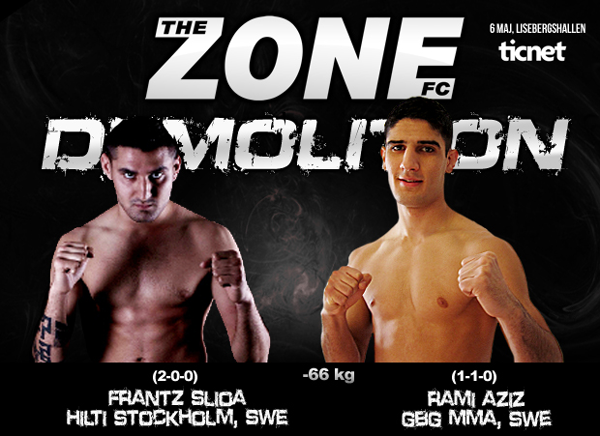 Below is a video of Aziz during a training at Fortune Gym in Los Angeles from 2011.