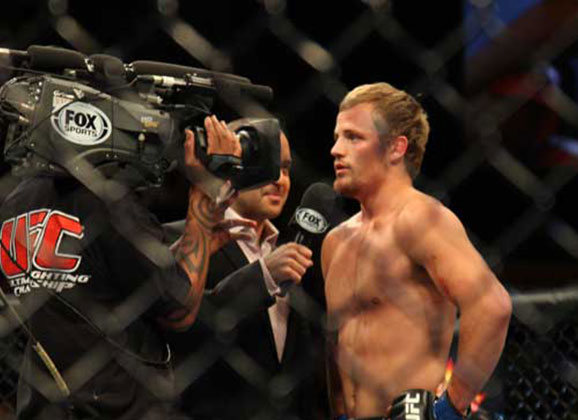 “He was amazing, for training in Iceland a tiny country, I saw a future UFC champion right in front of me” says Renzo Gracie about his early impressions of Gunnar Nelson in an interview in the Telegraph.

“I have no doubt he can beat the very best in the [welterweight] division.” continues the former Pride and UFC fighter that now focused on jiu-jitsu coaching in New York.

Nelson has already notched two wins in the UFC, and sports an overall record of 11 wins, 0 losses, and 1 draw.  The Iceland prodigy beat DaMarques Johnson in his Octagon debut in 2012 last February added Jorge Santiago to his list of victims.

Gunni will return from a long absence from fighting as he recovered from knee surgery last year. The Mjölnir fighter will try and move closer to his great promise with his upcoming bout on March 8 bout against Russian Omari Akhmedov.

Nelson has spent a majority of his training leading up the bout with both Straight Blast Gym Ireland and Mjölnir in Iceland.