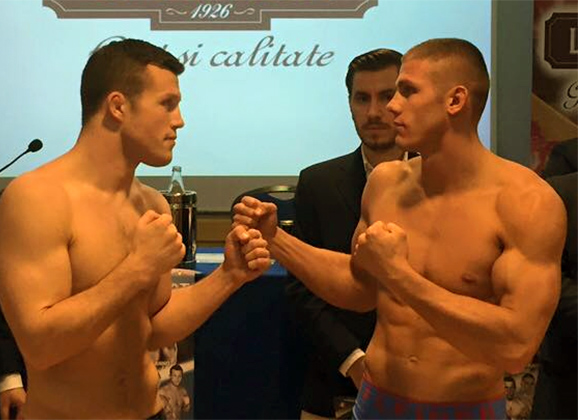 Swede Alexander Bergman entered the cage on Saturday with a 4 win and 0 loss record, but suffered his first loss at the hands of Robert Bryczek (6-2) in Romia. Check out the play-by-play and video below.

It starts out slow with some kicks and both fighters looking for the distance. Bergman pushes up and clinches, takes a knee. They clinch up again in the ring corner and Bergman gets tripped so he falls out through the ropes but is stopped by Bryczek’s corner. They get back at it and Alexander gets tagged by a right hook, the pole starts to land some combos and a left uppercut sends Bergman down, after a few punches on the ground the ref stopped it even though Bergman defended himself. When the ref calls for a doctor and stops the fight Bergman protests. The ref says you where out and Bergman replies No, No, No! A visibly disappointed Bergman after the fight as Bryczek is announced winner by KO in R1