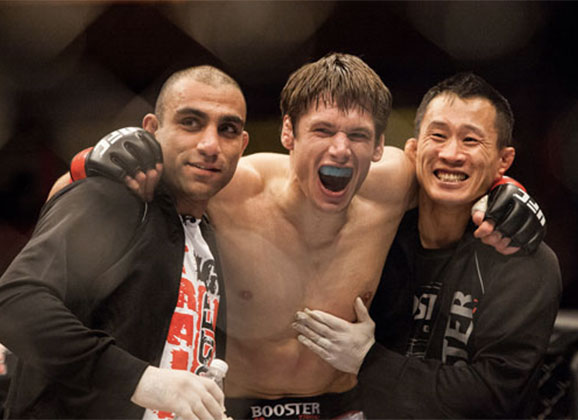 Frontline MMA’s Simeon Thoresen (17-6-1) will look to get back to his winning ways against France’s Karl Amoussou (20-7-2) at Venator FC 2, taking place December 12 in Rimini, Italy.

The “Grin” has lost his last four bouts, with his last win coming in the Octagon back in April 2012 at UFC on Fuel 2 in Stockholm. He is the first and only Norwegian to win a bout in the UFC. The 31 year old welterweight was last seen in March, where he dropped a unanimous decision to Jack Mason at BCMMA 10.

Amoussou knows as “Pyscho” has now won three bout in a row. He just won on October 3rd against Abdulmajid Magomedov at Abu Dhabi Warriors 3, a win by armbar. It could be a grappling war versus Thoresen, as the MMA Factory fighter has stopped his last three opponents.

The second Venator card will be headlined by UFC veteran Luke Barnatt and Bellator vet Karl Amoussou. The card was posted by Venator’s Facebook page. 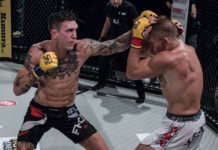 Håkon Foss in for Simeon Thoresen at Venator FC 2