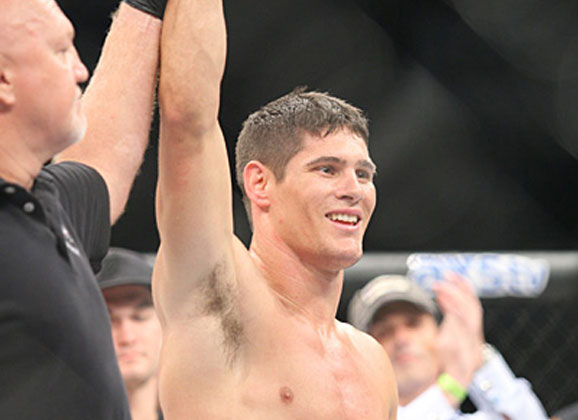 The Swedish MMA Federation has shown they are willing to put a stop to a proposed matchup, even when it comes to the UFC. Today, the UFC announced that the experienced veteran Dennis Siver would not be facing the French novice Taylor Lapilus, instead the Russian-German will now now face American Charles Rosa (9-0).

Charles Rosa Headed to Sweden – Get more pictures like this from SHERDOG.COM

“The change comes following a ruling by the Swedish Mixed Martial Arts Federation regarding Taylor Lapilus, who was due to fight Siver on 4 October.” says the UFC press release.

As MMAViking.com first reported, the proposed replacement for Siver was not immediately approved (or denied) by SMMAF, although the matchup was announced by the UFC.

With less than a week to Fight Night Stockholm, all the matches are now set.