Several fights have been officially announced for Superior Challenge’s 7th outing “Rise of Champions” on April 30 at Hovet in Stockholm, Sweden. They include 4 confirmed bouts and a fight card of 13 bouts plus 2 pre-fights. The one confirmed title fight with both fighters announced is Sweden’s Diego Gonzalez versus Brazil’s Daniel “The Viking Hunter” Acacio.

Gonzalez tells MMA Viking that “Acacio is a complete and tough opponent, and I’m going to have to work hard to beat him. Of course it’s always nice to fight for a belt. Especially now that Superior is getting alot of recognition.” 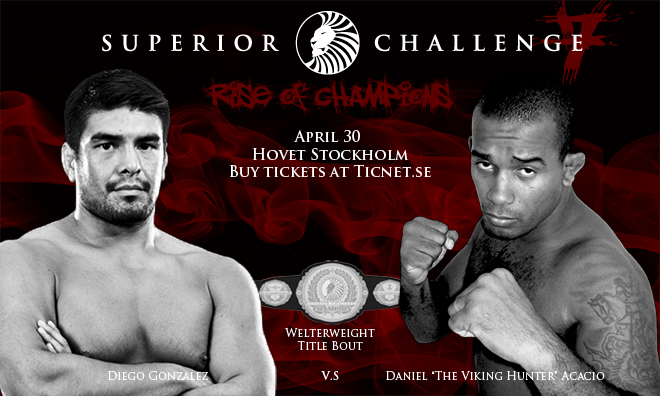