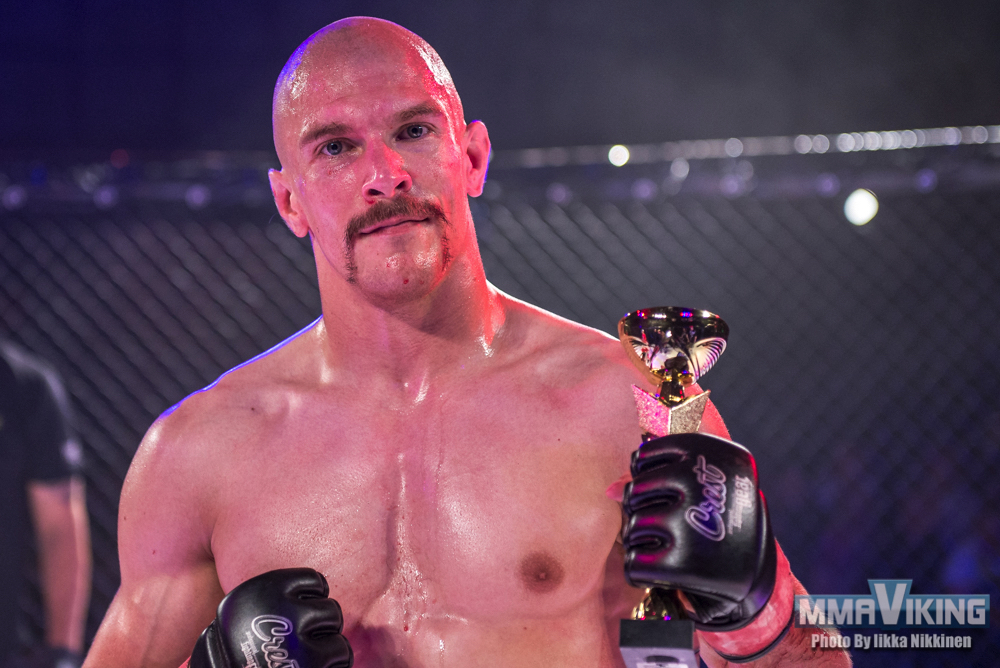 Sinersaari makes a comeback after almost two years break. The Finn won at Carelia Fight 11 back in 2015 over Jesse Koivuniemi in his only pro MMA fight. He is known for submission wrestling, and should be a good matchup at the Kupittaan Urheiluhalli.

Lampinen last foughtat FNF 13 and KO’d prospect Zanko Eliassi in first round with a spinning backfist. He has a strong amateur background and was member of IMMAF Team Finland at the European Championships in 2015. Toni made his pro debut last November losing to Edward Walls by TKO at Lappeenranta Fight Night 15.