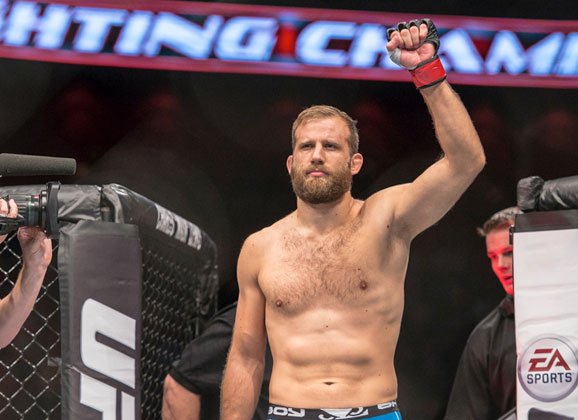 Scandinavian MMA pioneer Tor Troeng is leaning toward retirement, as he comes back from vacation and decides what is next in the fight sport.   “The joy of competing is just not as strong anymore and MMA is a sport where you have must be 100% to compete at this level.” says the Hammer to Sweden’s outlet Norran.

Troeng (16-7-1) was last seen in the cage against Krzysztof Jotko, where he lost in a three round battle.  It was his third straight loss in the Octagon.

With sadness I’m announcing my retirement from fighting. But with joy I let u know that I’ll stick around in the game http://t.co/l6TFdpdFxp

The Umeå based fighter had his first amateur bout in 2001 and first professional bout in 2005.  He has notable wins against Nic Osei, Mats Nilsson, and TUF competitor Adam Cella.  Losses include Lucio Linhares, Thales Leites, and Rafael Natal.

The Renyi Fight Camp athlete that also made Allstars Training Center home in Stockholm is 31 years old.  The middleweight represented Team Sonnen in 2013 on the show The Ultimate Fighter: Team Jones vs. Team Sonnen.

The fighter works at University of Umeå as a mathamatician and also coaches at Renyi Fight Camp, where fellow fighter Andreas Ståhl expects a return to the Octagon in early 2015.