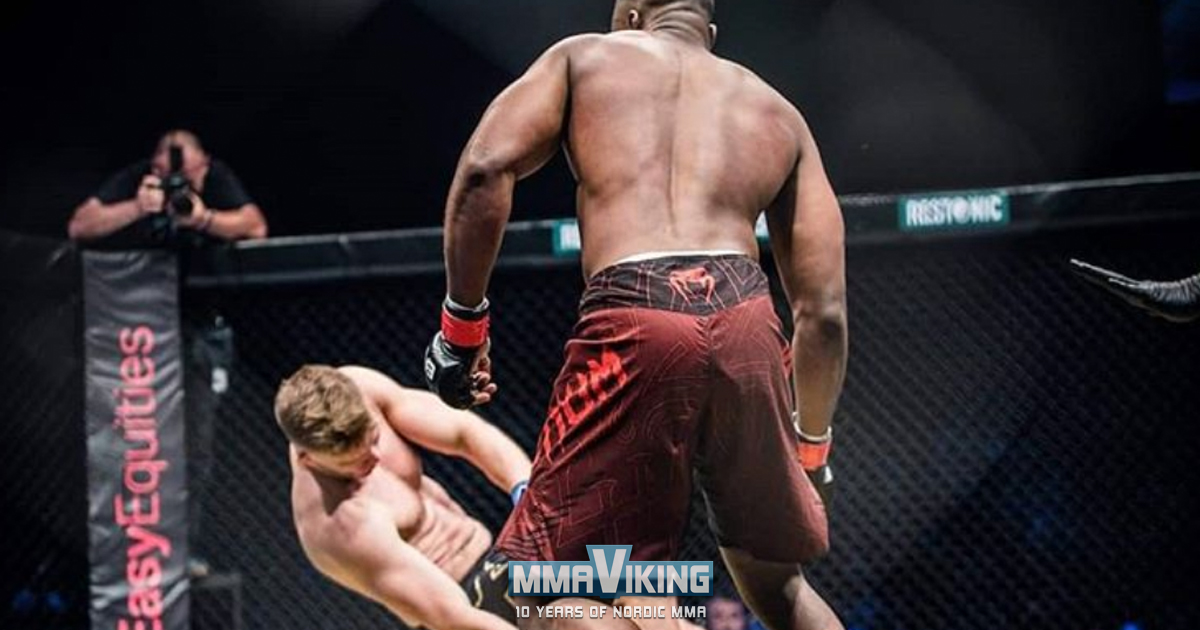 Torbjorn Madsen (5-1) lost to Mzwandile Hlongwa (4-0) in South Africa at EFC 75. The Bergen Grappling fighter was KO’d with a kick to the head. “I knew it was a dangerous fight going in, especially in the opening minutes.” comments Madsen following the bout.

Hlongwa is yet to taste defeat as a pro, now winning all 4 of his pro bouts within the distance. The South Africa native has fought in EFC for all of his career to date. The fight was to determine who takes a step closer to a shot at the EFC middleweight title.

Madsen was in South Africa studying for his degree and found time to compete under the EFC banner while over there. He last fought at EFC 68 where he dominated Bruno Mukulu to take home a TKO victory. He extended his record to 5 wins and 0 losses, and all with finishes with that win. This was the first loss of his career. ” I have rolled the dice 10 times now, in amateur and professional MMA, and for the first time the outcome was not in my favour.”