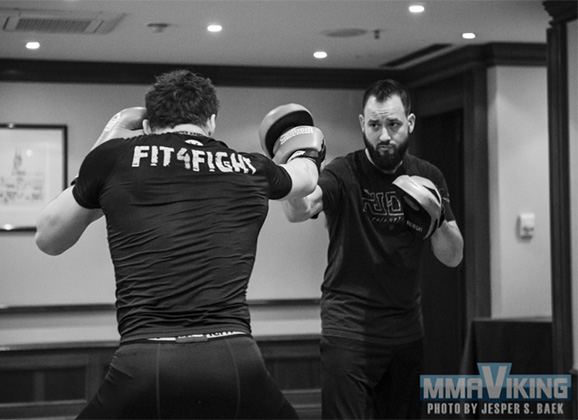 CEO and head coach of Rumble Sports Tue Trnka is moving on.  Just over two weeks after coaching wife Anna Elmose in the Octagon, the Dane is making it official that he will be writing a new chapter for himself outside of the gym.  Trnka gives MMAViking.com an exclusive interview to explain what will happen to Rumble Sports, the reasons for the change, and what comes next in his life. 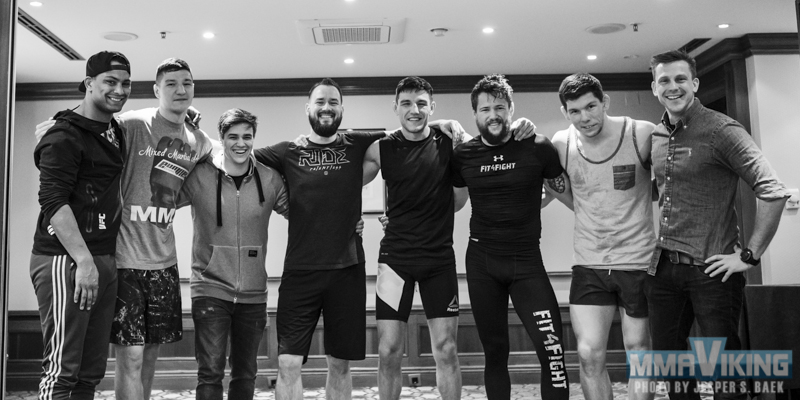 Why are you leaving the world of MMA?
I’ve been in this game for over 25 years (yes, I’m that old), and I feel like it’s time to move on and do something else. It’s important for me to underline, that there’s no drama in the gym, any financial issues or stuff like that as reasoning for me stepping down. My life is wonderful and I feel excited about doing something completely different after so many awesome years in the World of Martial Arts. I’m very proud of what I’ve achieved, and where I’ve been.

Basically, it comes down to my integrity. I don’t feel, I can be, who I want to be anymore. I’ve realized, that some things will never change. I’m at a very good place in my life, and I’d rather stay happy and do something else. That’s the main issue in this decision.

It was never my goal to become the best coach in the World or something like that. I just wanted to be the very best coach I could be for each and every one of my fighters. I didn’t even want to be in charge of a gym or be a manager for that’s sake, but I kind of ended up in those positions by default. Success in sports always was secondary to me. The safety, wellbeing and happiness of my guys came first. I can honestly say, that I tried my very best every single day to help people as much as I could. 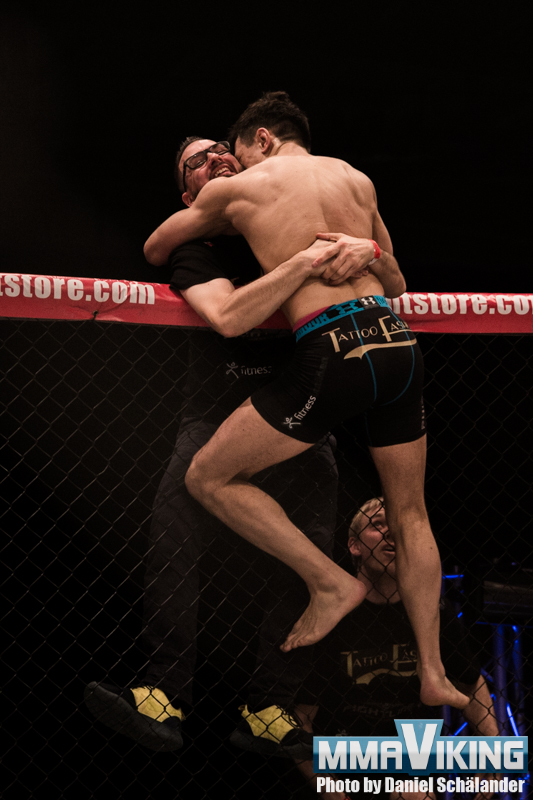 I only know one way to be a coach, and that’s the only way I ever want to be a coach. I’m either in or out. If I’m in, I’m wholeheartedly in your corner in all aspects of life. That just doesn’t seem possible for me anymore. I simply don’t get out, what I put in. I thought for a long time, that certain guys just happened to be douchebags, but the last year or so, I realised it’s a pattern with many fighters. And a pattern I cannot accept, at that. More importantly, it will just continue, and when I understood that, I just accepted, that I should move on, instead of becoming some half-ass excuse for a real coach. I’m walking away with a sense of pride and a big smile on my face, rather than complaining or bitching about, what I think is unfair.

A lot of people have a different set of morals than me, and I’m not going to try to change or dispute anyone. I am perfectly ok with that, which is why I am moving on with a very positive mindset. If I were to stay, I realistically feel like I only have two options:

I become more cynical, cold and end up not really caring about anyone.
I end up becoming this bitter, grumpy cartoon of a coach. 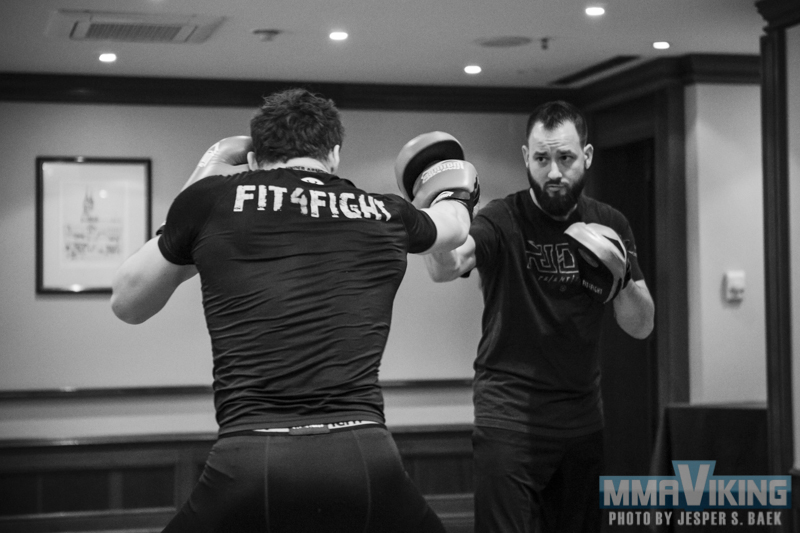 I’ve met way too many of both coach types over the years. Neither option is something I like. I want to stay the same, happy guy, so therefore it has been surprisingly easy to accept that my time is up in this game. I simply don’t fancy being in this role anymore.

I’ve started having a hard time trusting new fighters, and their actions have nothing to do with that. It’s just a result of me expecting to be let down on a personal level, really, because of what I’ve experienced with way too many others. Of course, that’s highly unfair of me, and I don’t like that bad experiences have changed me negatively, because it will have an effect on all those, who never do anything wrong. That was a big indicator of that it’s time. Maybe the biggest one, actually, because I don’t want to be that kind of guy. 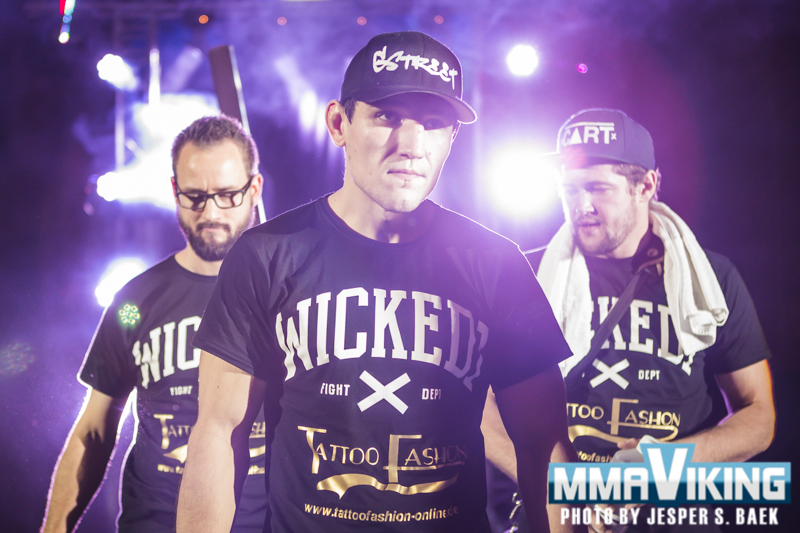 Most guys don’t even get it, but it comes down to a lack of common decency, normal behavior and respect. I’m not angry at anyone, I’ve ever worked with. I’m grateful for everything I’ve experienced (good or bad) on this crazy, crazy ride, but I’m just done with that kind of behavior from so many guys.

So, rather than staying until I turn into this angry, old fart, I’m leaving the game while I’m ahead. This way, I can pop into the gym from time to time, maybe do some pads and keep in touch with everyone, when I feel like it.

Maybe I’ll one day feel like going back to it, but I must say I highly doubt it.

When did you realize it was the right decision to make?
The feeling has been growing over the last year and a half. This summer was especially tough, when we moved the gym, and that kind of escalated everything. I wanted to stop then and there, and I gave it a lot of thought, but we had some big fights lined up, and the timing just didn’t seem right. 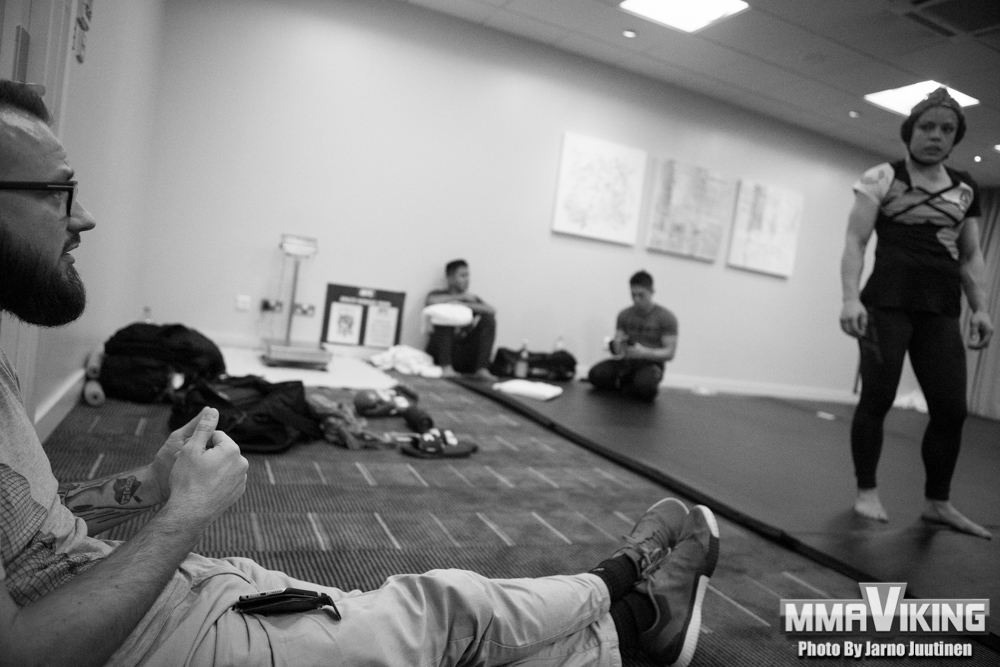 This week I started talking to some of the people closest to me about it, and I think the timing won’t get any better for the gym.

What will happen to Rumble Sports?
I’m stepping down as CEO and headcoach of Rumble Sports, but I’m keeping a share in the gym. I’ve decided to take off my captain’s hat, and give it to Franck Hedehøj, who’s a competent man for the job. He runs Choke BJJ Copenhagen, and he and his team are going to boost Rumble Sports in many ways. I’m grateful for him taking over.

The team will continue to grow, and others are stepping up, as I’m stepping down. It feels good. We’re going to do this the right way, so we’re ensuring the gym will grow.

95% of our members are normal people just coming in for exercise. If anything, we’re boosting the gym for them with even more classes, new inspiration and a bunch of new instructors.

Regarding, who’ll be in charge of the fighting team, we have a couple of options at this point. Exactly, how it will be structured, we’ll find out these next couple of days. We have so many highly competent guys, so it’s more about how things will be done.

Could you still make an appearance for your long-time fighters like Dalby?
We’ll see, what makes most sense for the fighters. Maybe. 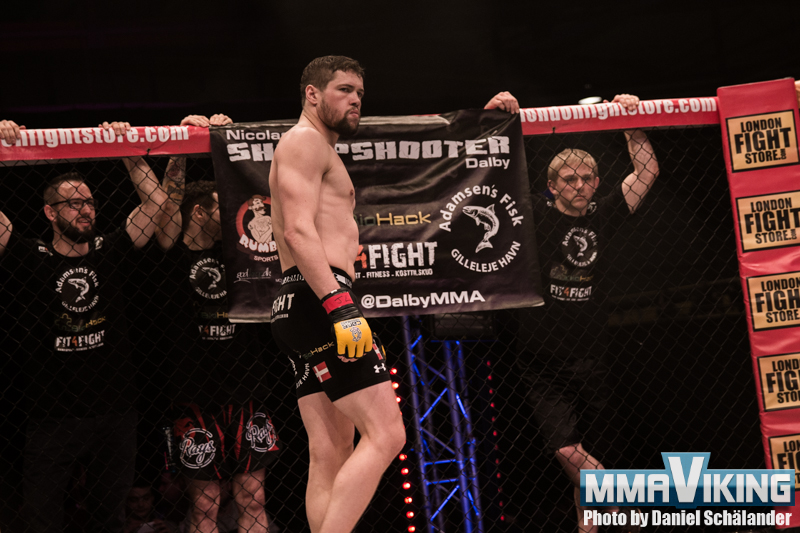 We saw you coach from local shows with a hundred people (or less) in the crowd to some of the biggest UFCs. What is your favorite fight memory?
My favourite memories from MMA aren’t my sports accomplishments, but more so about others’ personal achievements. I’ve been privileged enough to get the chance to change a few lives in a positive way, and that always has meant much more to me than winning a specific fight.

With that said, creating three Cage Warriors champions, four UFC-fighters (with several to come, I’m sure), many other highlevel fighters and winning the biggest local derbys in Denmark, are facts I’m proud of, of course. Oh yeah, and of course managing to win your guys’ award, ”Nordic Gym Of The Year”, two years in a row was pretty cool.

I also had a major role in opening the door for the wave of current Danish UFC-fighters, and now that the big show is coming to Denmark in May, I do feel I’ve made a difference for Danish MMA.

What will you miss most about the sport?
Working with ambitious individuals on a daily basis to make them better at their craft. Doesn’t matter if it’s a complete newbie or a UFC-fighter. I love seeing the evolution from day to day. 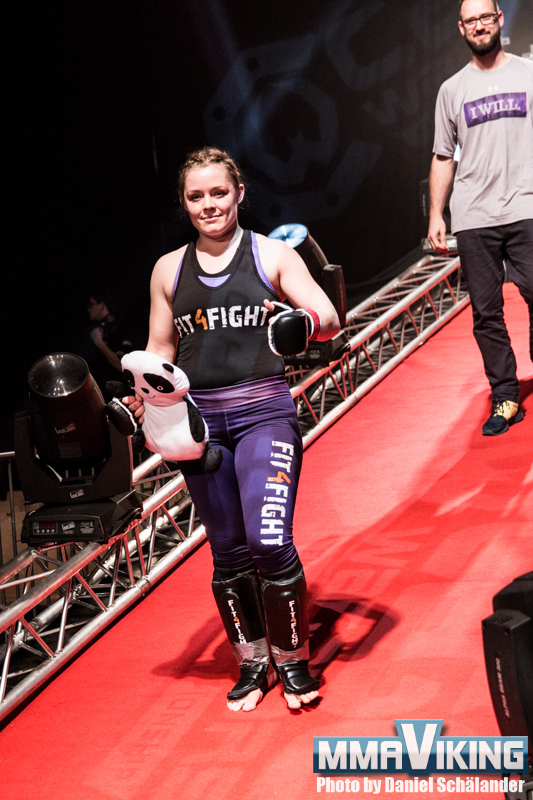 Any specific people you want to thank? Or have you already done this behind the scenes?
I’d like to thank all the amazingly cool people, I’ve met over the years in the gym and at the countless different events all around the World plus my loyal network of “MMA’s good guys”. Hopefully, I can stay in touch with some of them, but of course it won’t be the same.

What do you plan to do now?
I have many exciting options, and I will weigh them carefully. I might do something completely different like work with layout, marketing or journalism, or maybe I’ll accept one of the offers I’ve gotten, which will give me a neutral, professional role within the sport.