“We had some discussion in Helsinki” admits Garry Cook the Executive Vice President and Managing Director of Europe, Middle East and Africa. MMAViking.com inquired about the rumored UFC in Finland at the pre-fight press conference for UFC in Dublin, where Dana White deflected the question to the international executive. 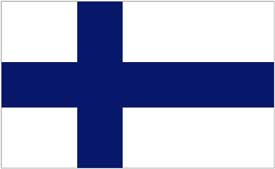 “There were a couple of things we didn’t like” says Cook about Helsinki’s bid for the event to Zuffa, which may indicate the chances of the card aren’t as good as rumored to be a few weeks ago.  “We will make a an announcement about the 4th quarter plan within the next 10 days” concludes Cook.

MMAViking.com first reported that the UFC had visited Finland back in 2012, where they were scouting the Hartwall Arena. Talks have picked up in the last 6 months, and fingers are crossed for a new location in the Nordics!

‘If Makwan Keeps Winning, We Will Have to Come to Finland’ – UFC VP James Elliot

UFC in Finland and Sweden Decisions Coming on November 17

A UFC in Helsinki Depends on Finnish Fighter’s Success

UFC Coming to Finland, but Not this October