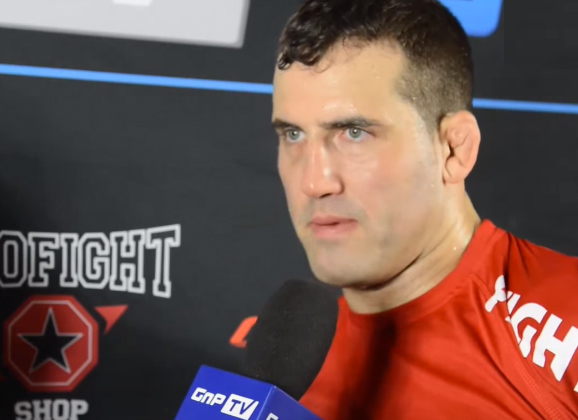 Joachim Christensen (12-3) planned on a long night versus German vet Jonas Billstein (15-5) in a super showdown of European light heavyweights at German MMA Championship (GMC) 7, but it was done within a minute.  “He was smiling a bit when I hit him at first” says the Dane to our friends at GNP1.de in a post fight interview.

“My punch went straight through his guard” says the grappler that found power in his punches to end the fight. “Then I saw his mouthpiece fall out” comments the newly crowned light heavyweight champion.

“I train with Mikkel Parlo, was the only thing I was thinking” says the Dane about his confidence in the cage. See the whole video interview here.