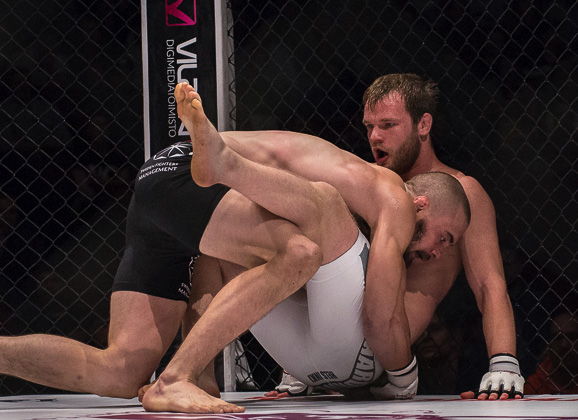 The main event at Cage 28 event in Helsinki, Finland last November pitted two top Finnish welterweights against each other. Johan Vänttinen had been on a tear leading up to the fight, winning three fights in a row. Glenn Sparv won the title from Kai Puolakka and has moved into a new gym in Thailand, now training at AKA Thailand.

The title fight was a three round battle as Sparv worked to shut of Vänttinen’s movement by clinching and grappling. Vänttinen did his best to defend against the bigger welterweight, but the size difference seemed to be too much. Vänttinen dropped Sparv right at the beginning of the third round, but Sparv got back to his feet and forced Vänttinen to follow his game.

Check out the full fight video just released by the Cage promotion.