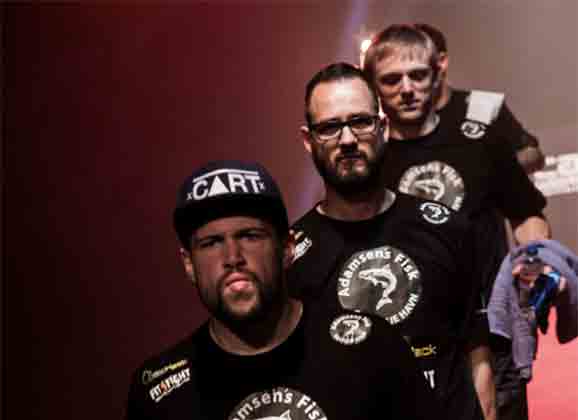 “Welcome to Denmark” says the glowing Tue Trnka who at the center of action during the successful Cage Warriors 66 event, the promotion’s debut in the Nordics.  The newly announced Head of Operations in Scandinavia of the promotion and manager and coach of Rumble sports tells MMAViking.com that “local events haven’t promoted the fighters properly”.  The Cage Warriors 66 event was streaming live or on TV to put Scandinavian MMA on display to the world, which boasted a card of Danes, Norwegians, Swedes, and a Finn.

“We had 6 fighters on the card, it was a good night” says Trnka about his Rumble Sports fighters that won in five of the six matches.  One big standout on the card was Rumble Sport’s Damir Hadzovic who took out UFC veteran John Maguire in dominant fashion with a first round finish Saturday night in Copenhagen.  “I knew he was that good” say the coach that says the Bosnian Bomber is now ready for anyone.  He’s “evolving rapidly”.

Nicolas Dalby captured the vacant Cage Warriors welterweight world title in one of the year’s best highlight endings versus Ukrain’s Sergei Churilov. “It’s all about not making mistakes” comments the coach that says he never liked the matchup against the fighter that wasn’t know, and was looking for more of a well known name like Simeon Thoresen.