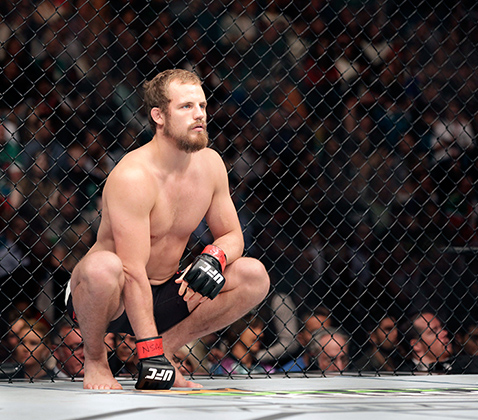 Gunnar Nelson (14-2-1) will make his return to the Octagon. The UFC has just announced that the Icelandic fighter will face top striker Albert Tumenov (17-2) on Sunday, May 8th at the UFC’s first appearance in Holland.

Nelson is coming off a loss at UFC 194 this past December at the hands of Demian Maia. Prior to this bout, “Gunni” submitted Brandon Thatch in less than three minutes earning MMAViking.com’s 2015 Submission of the Year.

Tumenov has won five straight bouts, with his only UFC loss coming at the hands of Ildemar Alcantara back in February of 2014. The K Dojo fighter is only 24 years old, and has experience against Nordic fighters, as he outpointed Nicholas Musoke in January of last year.