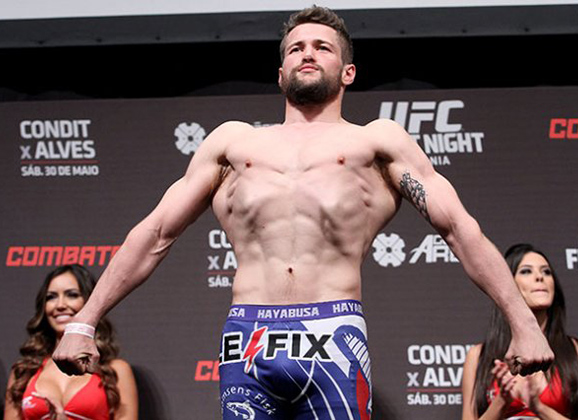 Nicolas Dalby (14-0-1) has been booked for UFC’s first visit to Croatia. The ‘Sharpshooter’ will face Bartosz Fabinski (13-2) at the Zagreb Arena on Sunday, April 10.

Dalby has remained undefeated through his 15 professional MMA bouts. The 31 year old won his UFC debut bout Elizeu Zaleski dos Santos in May of 2015 and followed it up with an impressive comeback resulting in a draw at Darren Till in October at UFC Fight Night in Dublin.

The Rumble Sports fighter was among the first bouts announced officially by the UFC today.

Fabinski is 29 years old and fights out of Poland. The 29 year old is on a six fight winning streak, and has won his two UFC bouts. He beat Garreth McLellan at UFC Fight Night 64 in April and Hector Urbina at UFC Fight Night 78 in November.