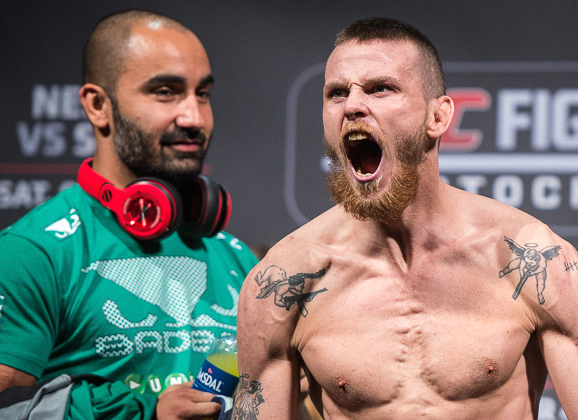 Niklas Bäckström will headline Battle of Botnia’s return against Bulgarian Georgi Stoyanov. The Swede from Luleå’s opponent was announced today by the promotion out of Umeå for their November 28th event.

The Swede (8-2-1) had a solid 1 win and 2 loss run in the UFC, including a $50,000 bonus in his debut and a closely contested majority decision loss in his last bout.  While the featherweight vows that his leave from the Octagon is only temporary, he looks to get one step closer with his upcoming bout at Battle of Botnia 2015.

“We can look forward to an interesting match between two technical ground specialists, both with great ability to finish their matches.” says Tor Troéng

Stoyanov (19-8) is a veteran of M-1 Global and MaxFight and once had a 11 fight winning streak. However, the Bulgarian has now lost 6 of 7 of his last bouts. 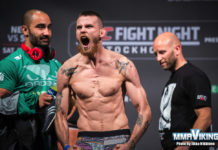 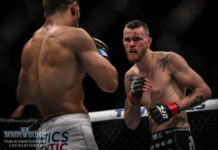 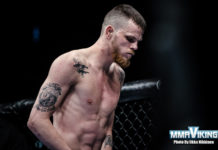 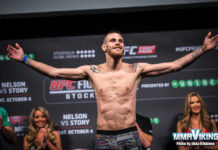