The media was not allowed near the cage for UFC’s Gustafsson vs. Johnson card held in the early morning on January 24, 2015, at the Tele2 Arena in Stockholm, Sweden. The card had over 30,000 in attendance and the high included “Mr. Finland” score a 8 second KO in the prelims and TKO loss of Alexander Gustafsson in the main event. See some far away pics here by MMA Viking founder Ryan O’Leary. 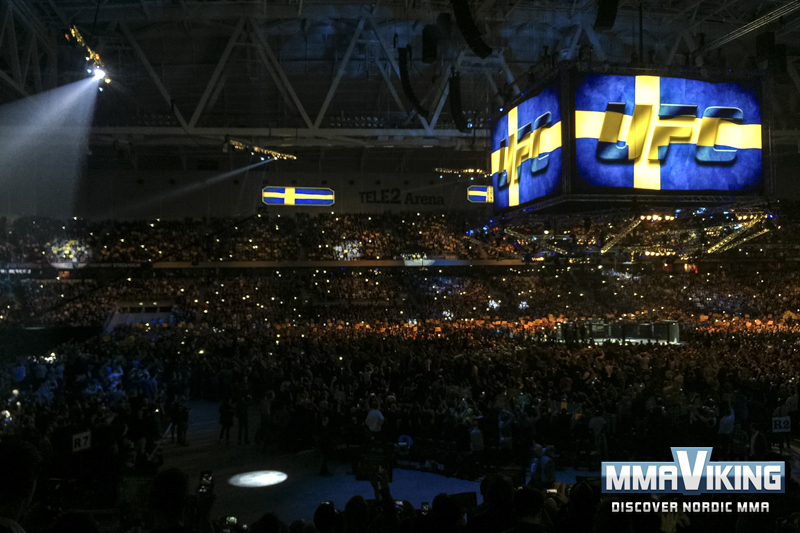 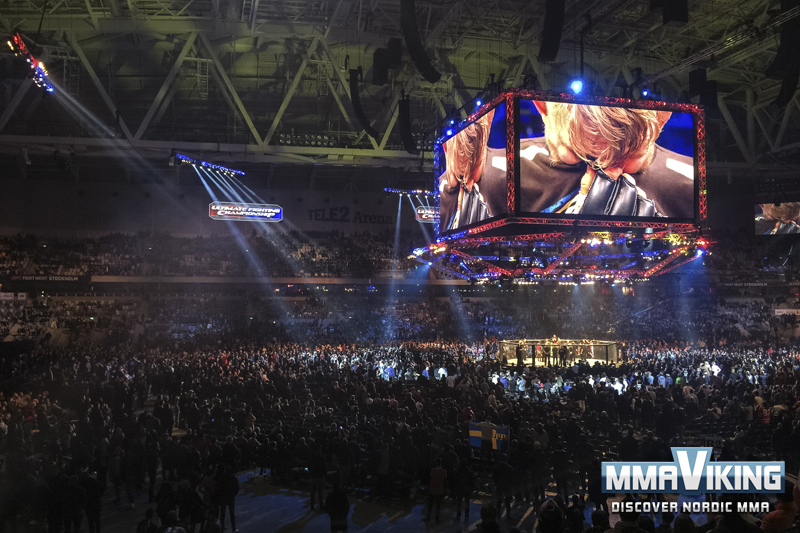