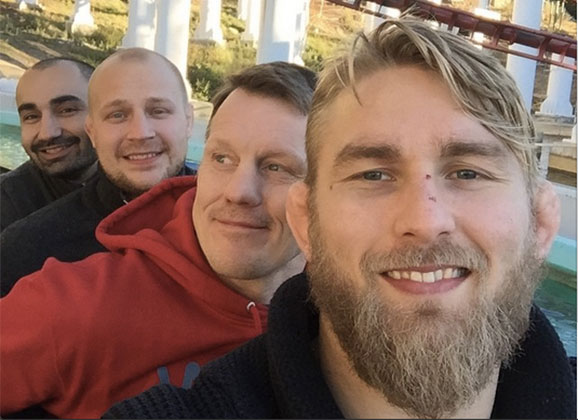 Swede Alexander Gustafsson moved the last portion of his fight camp to Alliance in Chula Vista, California. The Mauler left with his team of coaches from Allstars Training Center and training partner Viktor Pesta on December 17th, and won’t be getting into Sweden until tomorrow for his headlining bout taking place early Sunday morning at the Tele2 Arena. Here is a glimpse into his time at the camp captured through Instagram photos, which covers Christmas, New Years, and even Gustafsson’s 28th birthday.

Alexander Gustafsson lived on this boat in San Diego