Swede Yosef Ali Mohammad had a tough three round battle with Viktor Pesta at March 23rd’s Heroes FC in Halmstad Sweden. After the decision was announced that the Swede had won, many in the audience were buzzing about whether the score cards reflected what many saw in the ring. 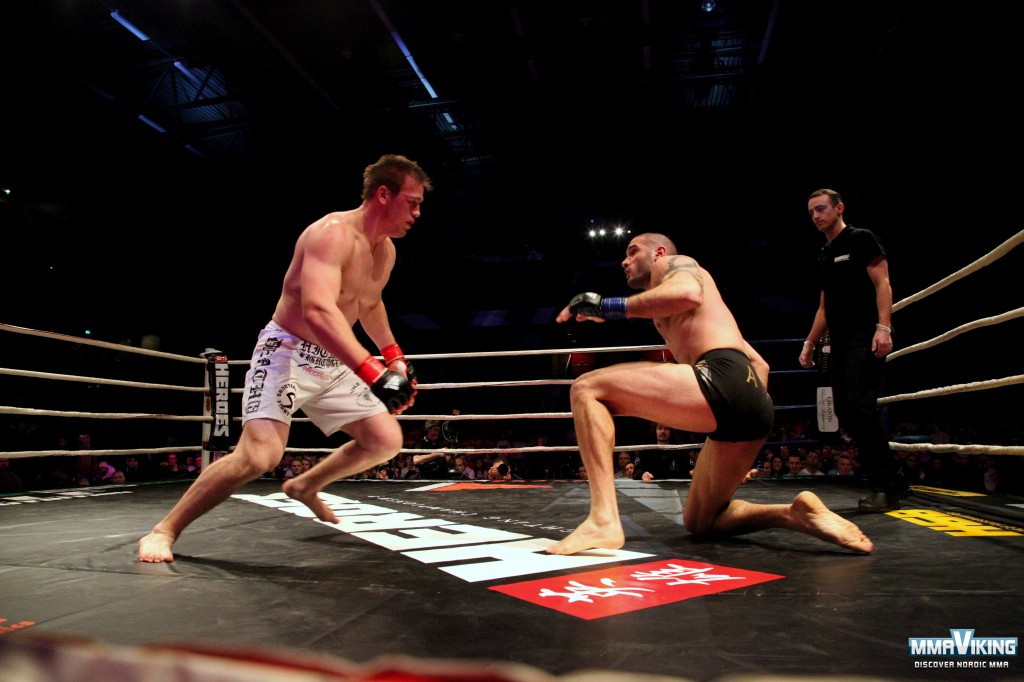 For the most part, the visiting Pesta used his wrestling to take the fight to the ground and stay on top. In just his second professional bout, Muhammad tried to stay active over the undefeated (7 win and 0 loss) opponent and agressive as he could over the wrestler. Due to the controversial nature of the decision, Peta’s camp filed a protest within 48 hours of the decision, claiming his fighter should have won because:

1) Viktor Pesta made a several takedowns in every round.
2) Viktor Pesta was on top position most of the time.
3) Yosef Ali Mohammed didn´t any takedown and he didn´t land any significant strike.

Today SMMAF posted the result of the investigation saying:

Assessment
The first round was close and could have gone either way. Rounds two and three was
won by Pesta. Pesta scored numerous takedowns, worked his ground and pound and had
superior positioning. Pesta dominated large parts of the two last rounds. Mohammad did
connect with some strikes but not enough to dominate even the standup fight.

Outcome
The Assessment Committee concludes that an obvious mistake has been done in the
scoring of the match. The winner of the match should be changed. Viktor Pesta should
stand as the winner.

To read more about the overturned decision:
Read Official Posting on SMMAF (PDF)

Mohammad now goes to 1 win and 1 loss in his short career, while Pesta remains undefeated at 8 wins and 0 losses.