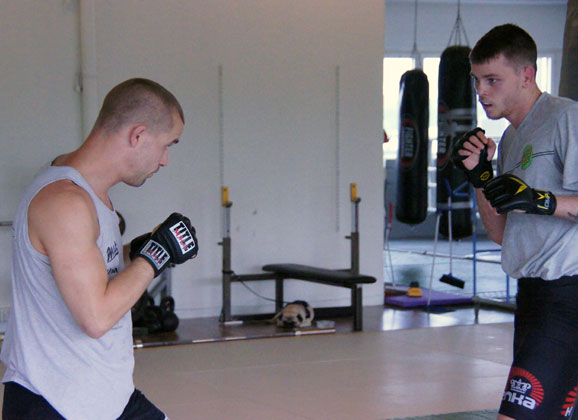 MMAViking.com first reported that the Allstars Training Center fighter wanted the bout shortly after hearing that the FinnFighters Gym was left without an opponent after an injury to Thiago Tavares. “I’m already ready” says Backstrom about taking his debut UFC fight on short notice.

“We are proud to announce that we have signed another of our athletes with a UFC contract. Niklas Bäckström with a 7-0 record will be facing Tom Niinimäki in UFC Berlin on 31st of May” posted Mano Management who announced that the bout would go down via Facebook.

“Yeah knew that I had saved beard for a reason” follows up Backstrom on Facebook shortly after the news came out.

The undefeated fighter out of Luleå, Sweden attracted a lot of attention with his recent highlight-reel 15 second front kick stoppage at Europa MMA over Max Coga from Germany who came into the bout at 9 wins and 1 loss.

“He’s going to get knocked out.” said Backstrom about matching up with the neighboring featherweight.

Stoneface who will be looking for his second win in the Octagon. Niinimäki  made a successful UFC debut last December against grappling wizard Rani Yahya last November.

The main event for the evening is a middleweight contest between Gegard Mousasi and Mark Munoz. Swedish middleweight Magnus Cedenblad, also from Sweden’s Allstar Training Center, will face a tough test in Poland’s undefeated Krzyzstof Jotko.