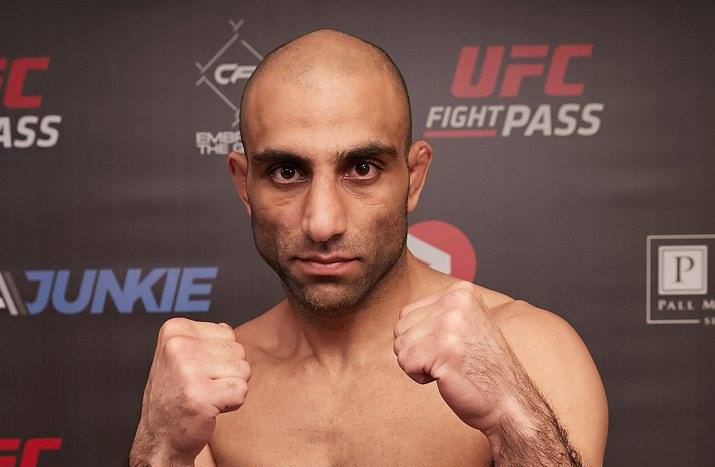 Mohsen Bahari (9-3) will fight Italian Giovanni Melillo (6-1) tomorrow in Newport, Wales card.  “I will make a statement in this fight.” says Bahari that finally makes his return to the cage at Cage Warriors 83.

“After struggling with some injuries, I had a f$cking good camp.”

The “Professor” will battle on the main card of Cage Warriors 83 in the newly announced welterweight matchup.  Bahari is one of the top fighters in the Cage Warrior promotion and the Frontline MMA coach and fighter is looking for big names that will get him closer to a title shot and his ultimate goal of getting into the UFC.

“MELILO IS A GOOD OPPONENT WITH HIS ONLY LOSS TO THE CURRENT CW CHAMPION.”

In his last Cage Warrior bout, Bahari defeated Ali Arish by guillotine last September. He has an overall 9 wins and 3 losses since turning pro in 2010.

Melillo is on a two fight winning streak since suffering his only loss to current CW champion Karl Amoussou at Venator FC 3 – Palhares vs. Meek last May. The Italian fighter has a 6 win and 1 loss record.  You can watch the fight live on Viaplay.