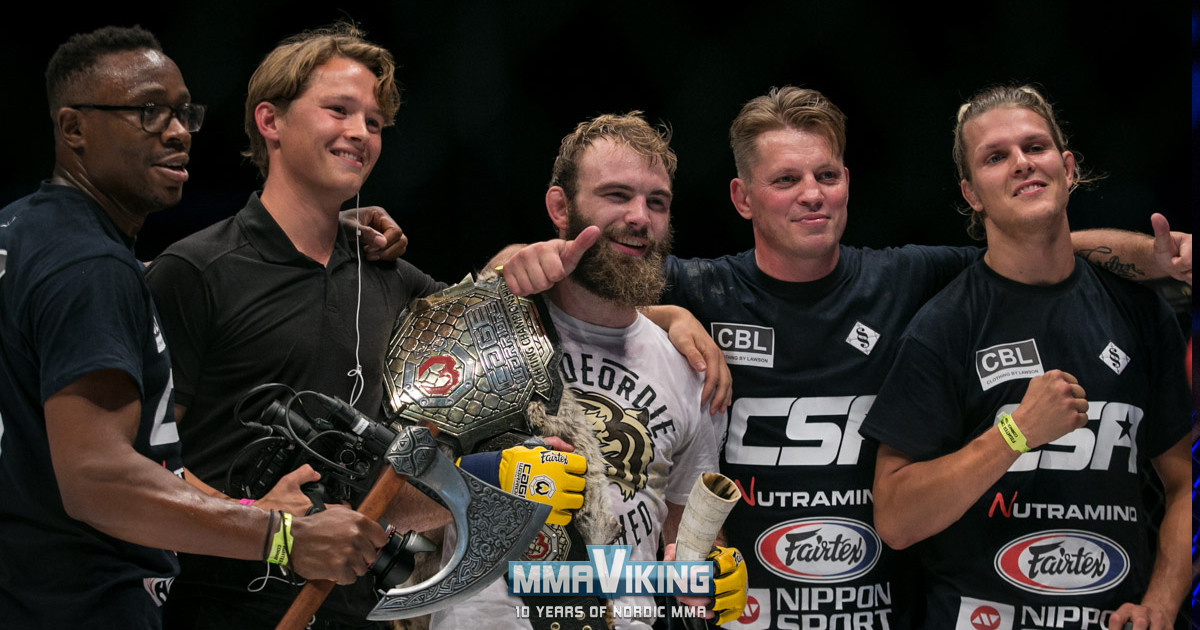 Cage Warriors has announced that CW 103 will go down on March 9th in Copenhagen, Denmark. While Cage Warriors Academy Denmark will have two shows in 2018, with the next CWA Denmark 2 going down in December, the main promotion will bring a full pro card back to Denmark. 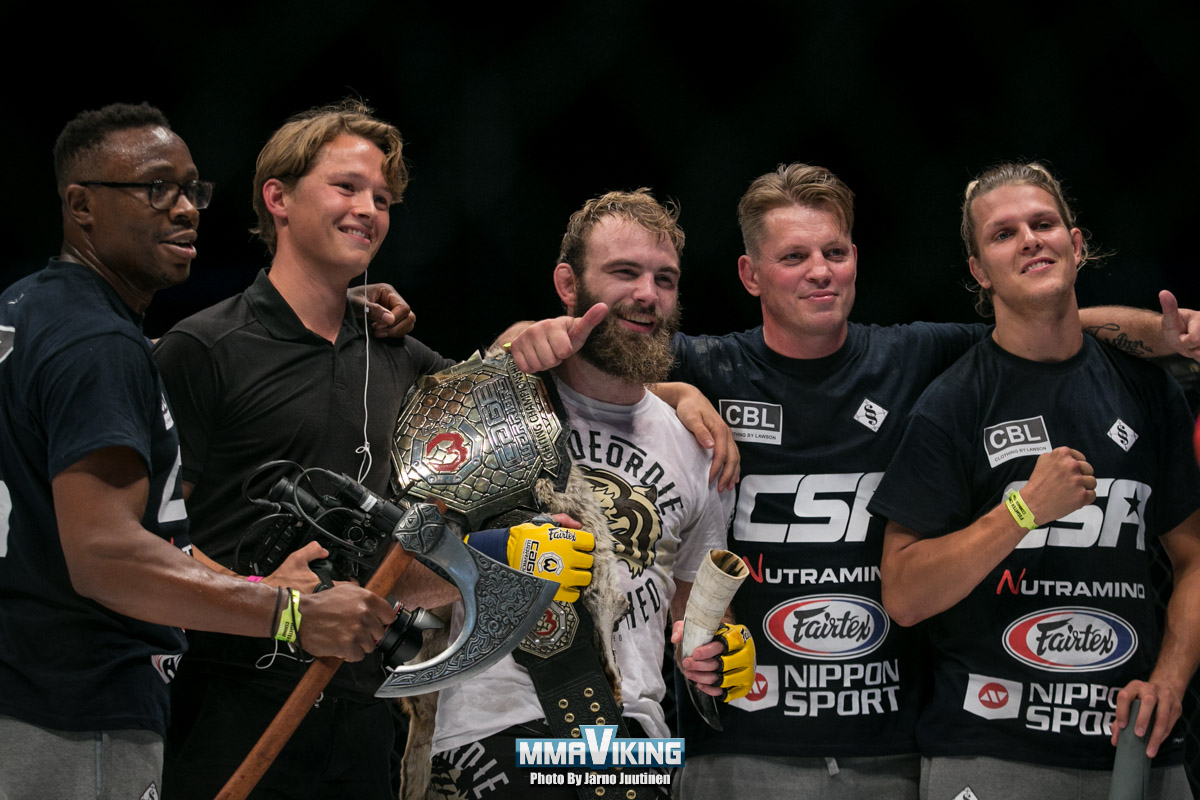 There are several Danes that can play a big role on the card, with Soren Bak beating Paddy Pimblett to win the vacant lightweight belt at Cage Warriors 96. “The True Viking” put his name on the MMA map by surviving a rear-naked choke in the first, then take-over the fight for the next four rounds.

“With a growing number of big Denmark names signed to the CW roster – newly crowned lightweight champion Søren Bak, former champion Nicolas Dalby, UFC vet Mads Burnell and Olympic medalist Mark O. Madsen to name just a few – Copenhagen is looking like one of the promotion’s next fighting hubs.” boasts the promotion upon the news.

Nicolas Dalby (15-3-1) joined in the winning at CW 96 by puting to sleep Roberto Allegretti (6-0). The Dane used a high-light real right kick, then followed up the knock down with a rear-naked choke to end the bout. It was a big win for the UFC vet that got back on the winning track. 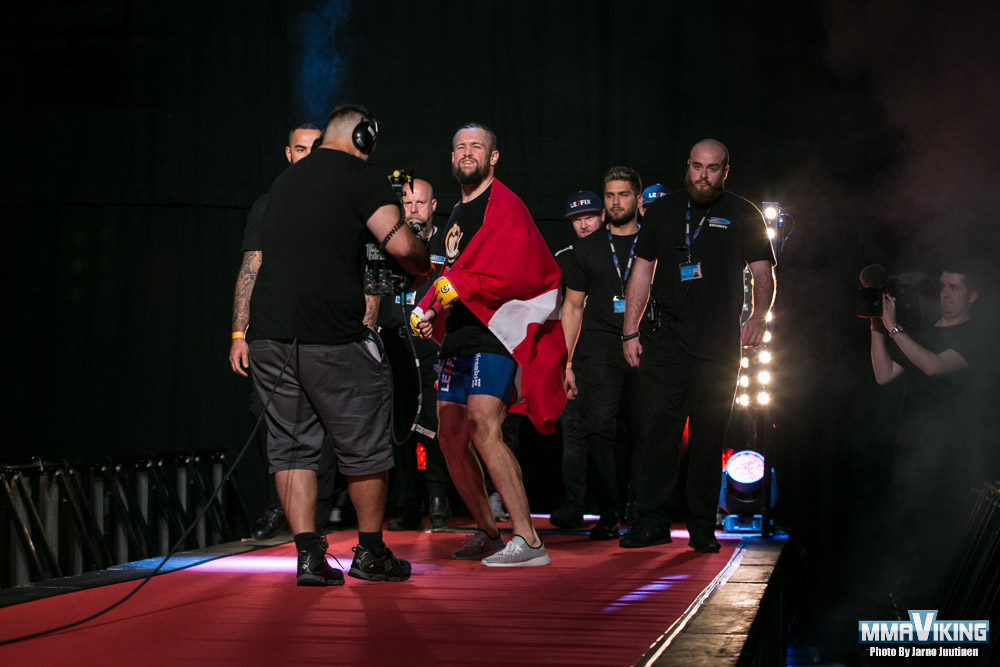 Mads Burnell (9-3) also recently signed with Cage Warriors. The featherweight was having the fight of his life at UFC Liverpool on the main card at the Echo Arena before getting submitted by favorite Arnold Allen (13-1) in the third round. 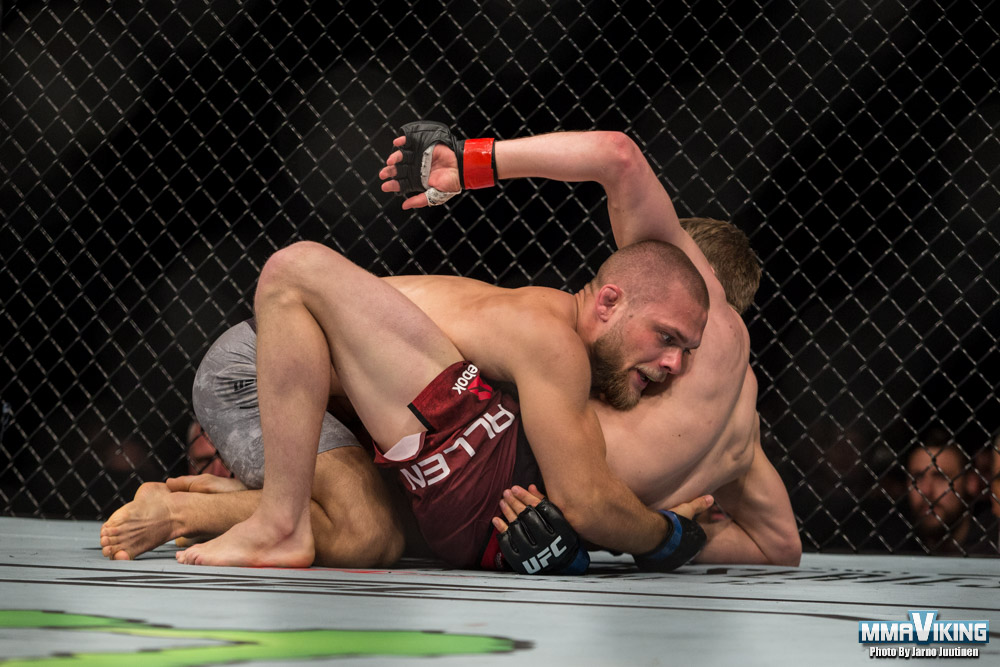 Mads ended his UFC run with 1 win and 2 losses, and entered the Octagon on a three fight winning streak. He lost his UFC debut loss to an overweight lightweight Michel Prazeres and a win over Mike Santiago in his second outing at featherweight in January.

No fights have been announced for the card. The first time since Cage Warriors had an event in Copenhagen was at CW66 in 2014.