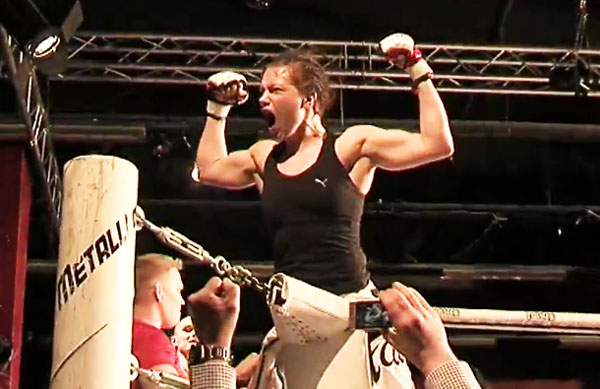 Cage Warriors promotion has released a highlight reel of it’s end of the year show labeled “51”. Nordic number one female fighter Katja “Killer Bunny” Kankaanpää  had her most high-profile win on New Year’s Eve with a complete domination over Aisling Daly in Dublin. The Finnish fighter was able to use here wrestling to bring the fight to the ground and stay in dominant positions early in the bout. In the third round, “Killer Bunny” showed her standup was on par with her wrestling.