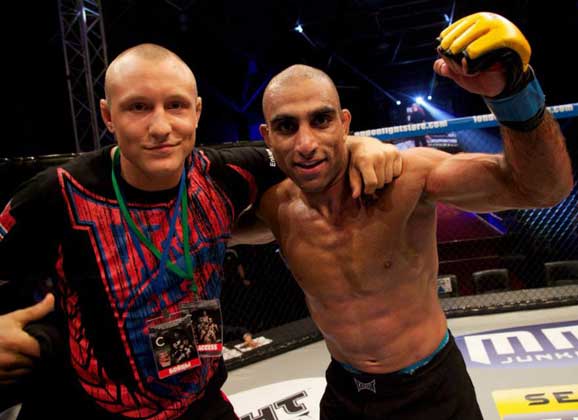 “I signed with Cage Warriors because i think they are the leading MMA promotion in Europe.” says the Swede to MMAViking.com. Cage Warriors officials confirmed that the middleweight signed a 5 fight exclusive deal with the organization. “I have fought for them before and coached Mohsen Bahari in CW and I was always treated very good.”

Now residing in Norway and training at Frontline Academy, the 5 win and 2 loss fighter is looking to turnaround a fight losing streak in Bellator with his new start. The 25 year old won his first five fights of his career until his recent skid.

“I want to fight as soon as possible!” says the Joker.

“My goals for 2014 are to fight at every opportunity that I get, win the fights, and win the fans.”

Stay tuned for more information, as Cage Warriors seeks to stage cards in Denmark and Sweden, and push forward the legislation in Norway in 2014.