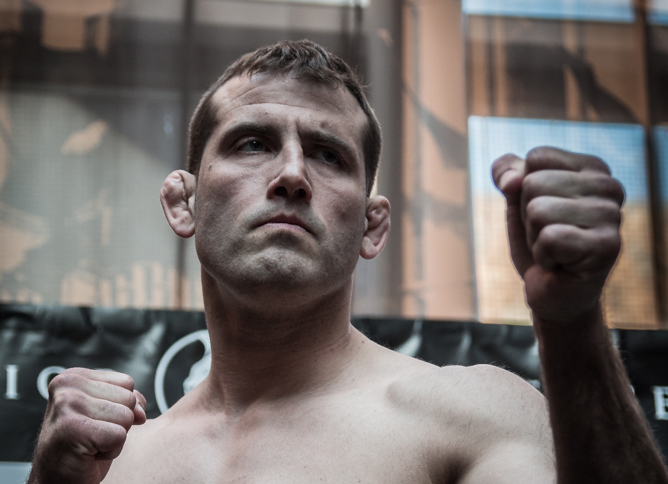 Joachim Christensen (14-4) will kick-off Saturday’s UFC 211 card against Gadzhimurad Antigulov (19-4) in Dallas. “Man this guy is good. He’s a monster man. But hey. This is the champions league.” says the Dane to MMAViking.com about his Russian opponent that has won 13 straight bouts. 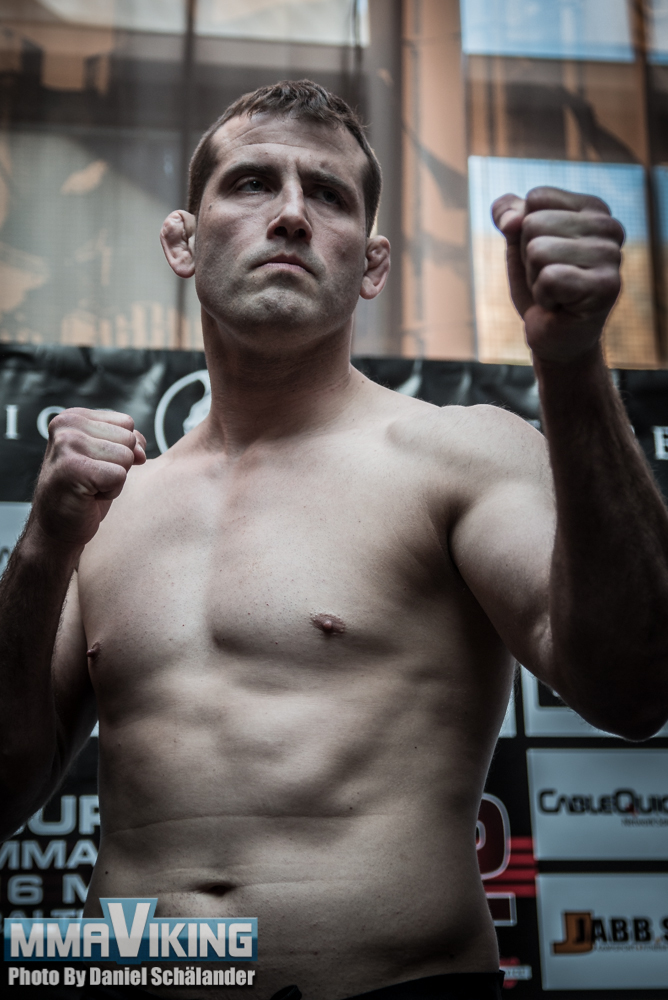 “I already knew about the fight in the beginning of February.” says the light heavyweight fighter about his fight that just became official last week.  The Dane is the only Nordic fighter on the stacked card with two title bouts in Champ Stipe Miocic vs. Junior Dos Santos and Joanna Jedrzejczyk vs. Jessica Andrade.

“I’m not the kind of fighter who turns downs fights, so when they said I had to fight Antigulov… I said cool, let’s go.” 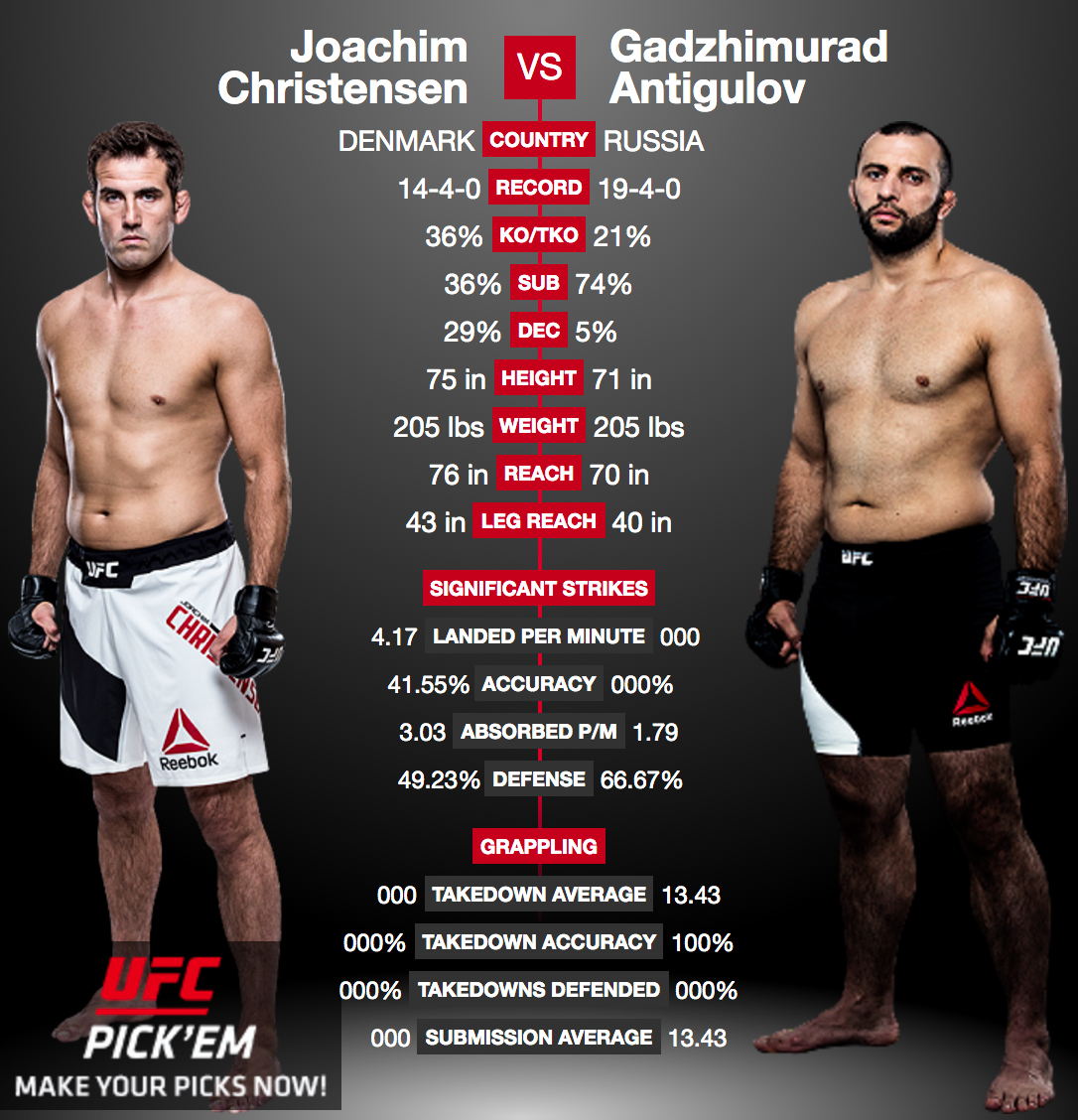 “I will not hunt a Ko or rush myself. I will take my time, and when it’s the right moment I’ll take it. Standing or on the ground. For him and for me its about getting a solid good start. Let’s see what I have learned in the gym, and test it out.” says the Arte Suave fighter.

Christensen got his first UFC win in January after crushing Serbian fighter Bojan Mihajlovic with a big right hand.

Antigulov got his UFC debut win over Marcos Rogerio de Lima with a submission on 67 seconds last July at UFC FN 100.