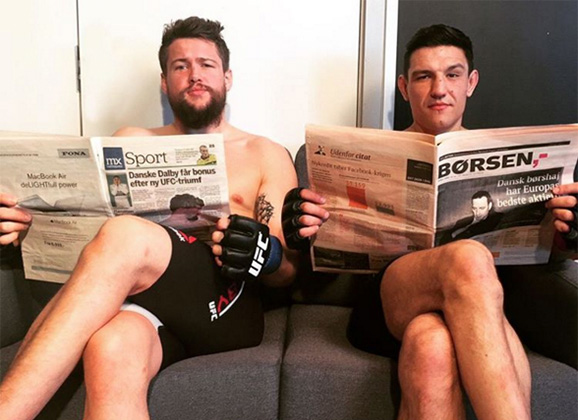 While not the first time both Dalby and Hadzovic have fought on a card together, with the most recent being Cage Warriors 66 in March of 2014, it is the first they have done it together in the world’s largest organization. They are now among the three Danes that can call themselves fighters, with the other being Martin Kampmann.

Dalby has remained undefeated through his 15 professional MMA bouts. The 31 year old won his UFC debut bout Elizeu Zaleski dos Santos in May of 2015 and followed it up with an impressive comeback resulting in a draw versus Darren Till in October at UFC Fight Night in Dublin. 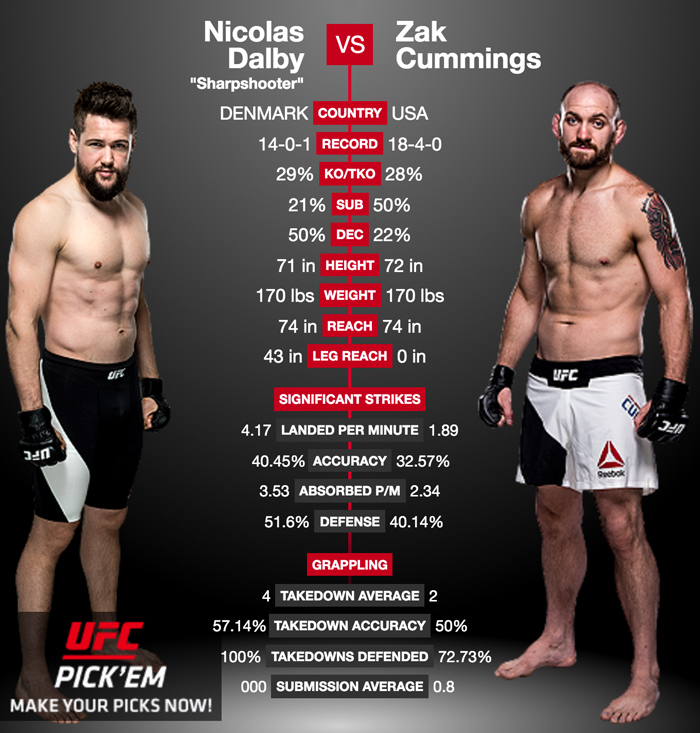 With a win here, the “Sharpshooter” would get through his third fight without a loss, only few vikings like Gunnar Nelson and Martin Kampmann can claim this accomplishment.

The Dane will be featured Sunday night against the Cummings (18-4) as the main event on the prelims, where Dalby should step into the Octagon at about 19:30 CEST.  The American has won 3 of 4 UFC fights, and the wrestler should have his hands full with the viking striker. 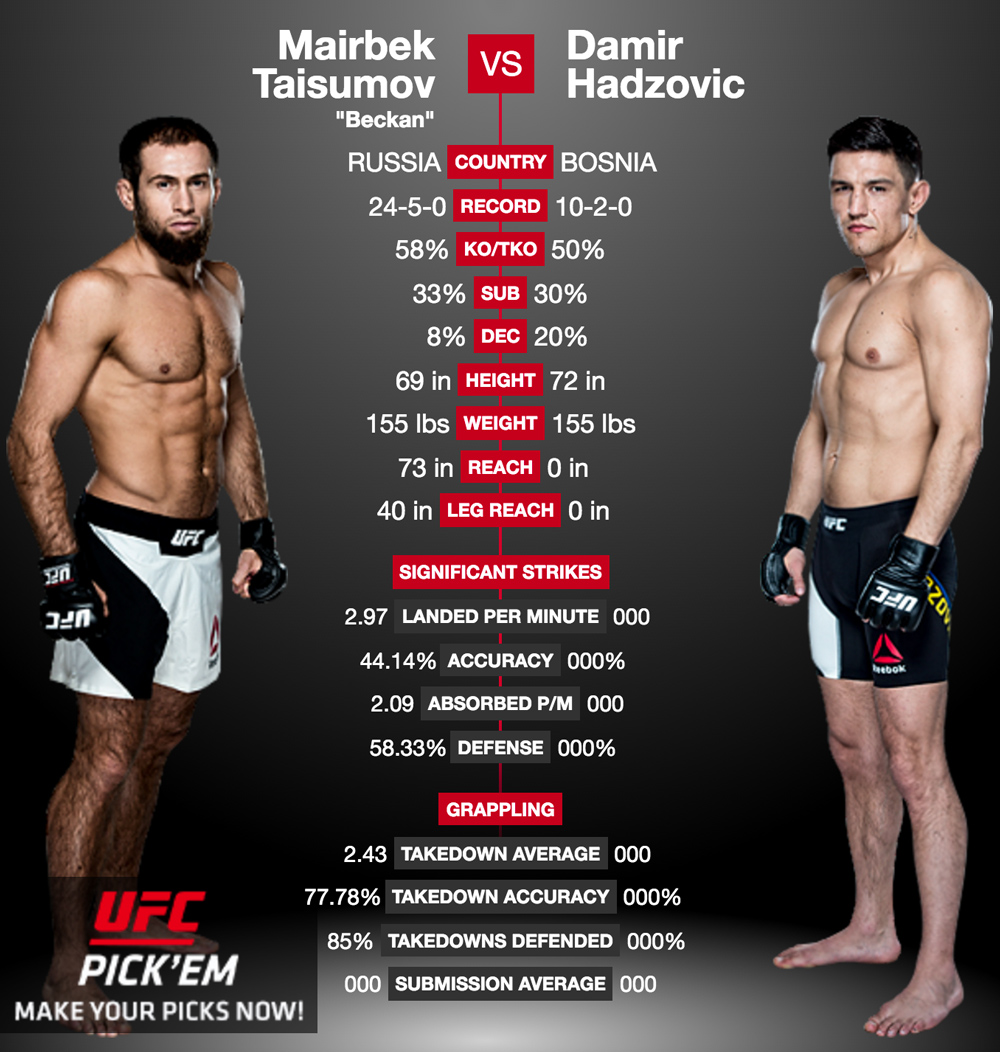 The “Bosnian Bomber” is joining teammate Dalby on the card, where both actively petitioned to make happen.  For his UFC debut, Hadzovic will be thrown into the deep end straight away as he takes on Chechnyan Taisumov (24-5).

It’s rare that a fighter on a three fight winning streak takes on a newcomer to the Octagon, but that’s what we have with this matchup.  The Tiger Muay Thai fighter has stopped Marcin Bandel, Anthony Christodoulou, and Alan Patrick Silva Alves before the third round in his most recent outings.  Hadzovic is bringing his 6 fight winning streak into the cage, and has been most impressive since dropping down to lightweight.

Without a Cage Warriors title, like Dalby, the Bosnian born fighter living in Denmark has a huge opportunity to make a name for himself with a win Sunday.

Hadzovic will be the second fight of the prelims and should step into the cage at approximately 18:30 CEST, two fights before Dalby.

MMAViking.com will be reporting live from Zagreb, so stay tuned for more updates right here.