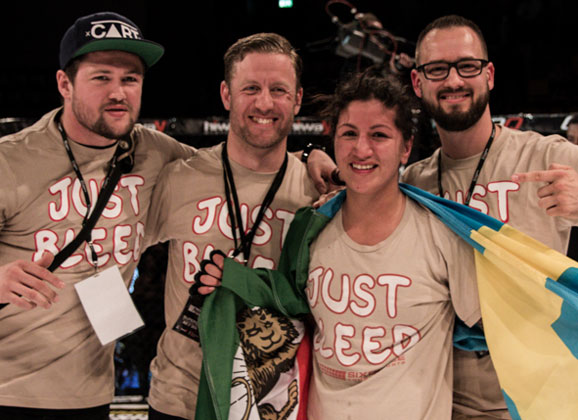 Rumble Sports’ Nicolas Dalby and Pannie Kianzad will head to the UK in November to prove they are Cage Warriors best. Dalby will make his first welterweight title defense against Mohsen Bahari in the main event, while Kianzad will aim to claim the first ever CWFC women’s bantamweight title in the co-main event. 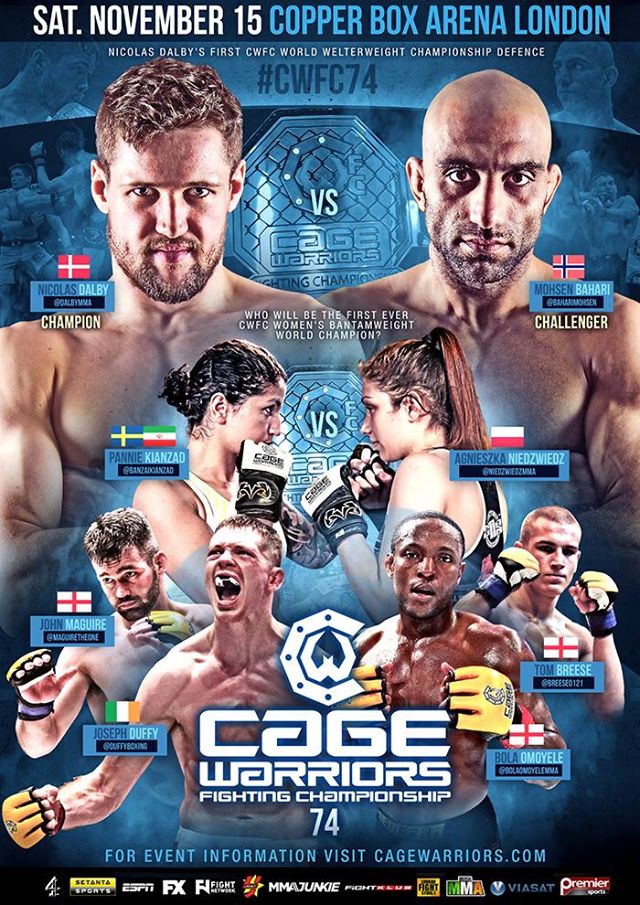 “Being involved in a title fight in the Olympic Park, on the same night that my team-mate Pannie Kianzad will also be fighting for a world title, will make it event more awesome.” says the Sharpshooter to CageWarriors.com about the two teammates training out of Copenhagen that will look to walk away with gold on Saturday, November 15 at the Copper Box Arena.

“It means that another belt is going home to Scandinavia” – Kianzad

Kianzad (6-0) will face Agnieszka Niedzwiedz (7-0) in the battle of undefeated fighters. Banzai will make her first drop to the bantamweight weight class a big one, as she follows up her recent TKO victory over Megan van Houtum at Cage Warriors 71.

“Fighting on the same card as Nicolas is a honor for me, as a teammate and friend. Wouldn’t wanna be co-main event for any other fighter :)” says the Persian-Swedish fighter to MMAViking.com.  Dalby captured the title in March over Sergei Churilov with a highlight-reel headkick.