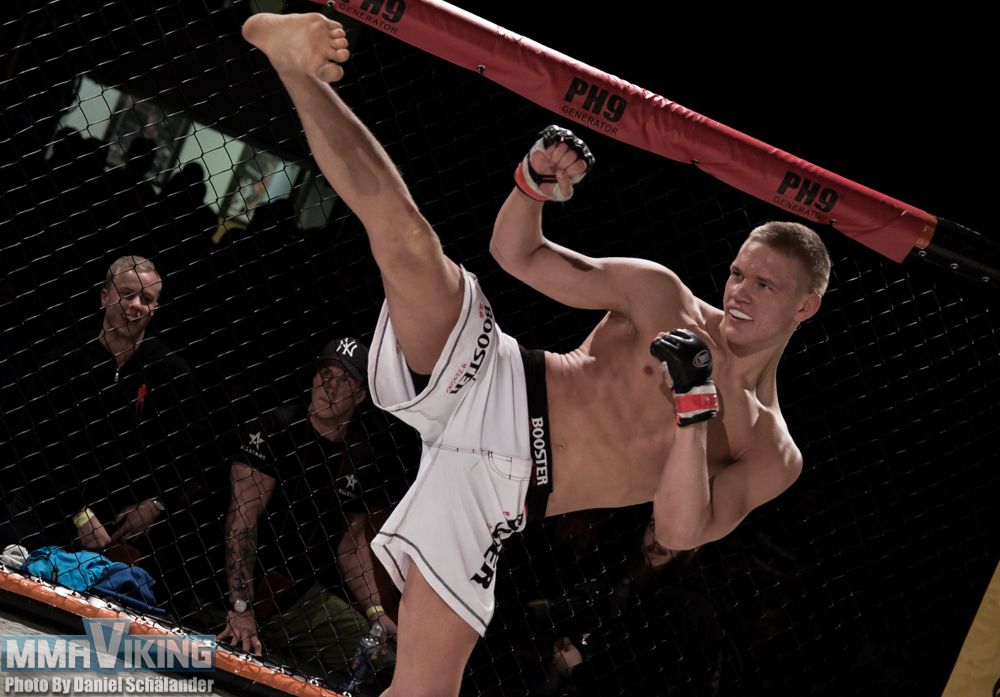 Oliver Enkamp (7-0) will step into the Octagon as a late replacement this Sunday at UFC Fight Night Stockholm.  “It is a life goal come true. I’ve aimed for it since I started competing and now it is happening in my hometown.” says the fighter that trains out of Pancrase Gym and Combat Academy.

“The Future” beat Frodi Hansen (8-9) in the first round at Superior Challenge 15 in Stockholm in April, so a quick turnaround bout. He was voted MMAViking.com’s 2016 Nordic Breakthrough Fighter of the Year.

“Taleb is a very tough and experienced fighter. He hits hard and is not afraid to throw down.”

Enkamp makes his debut on two weeks notice, by stepping in for the injured Emil Weber Meek, to face Nordine Taleb. Taleb trains out of Tristar gym in Canada. The 35 year old has a 4 win and 2 loss record in the Octagon and started off with three straight wins in the UFC. Most recently he lost by unanimous decision to Santiago Ponzinibbio in February.

Already selected for The Ultimate Fighter 22 reality show, the welterweight decided to heal old injuries instead of participating.  The Swede has trained abroad with such names as Georges St-Pierre and Lyoto Machida.