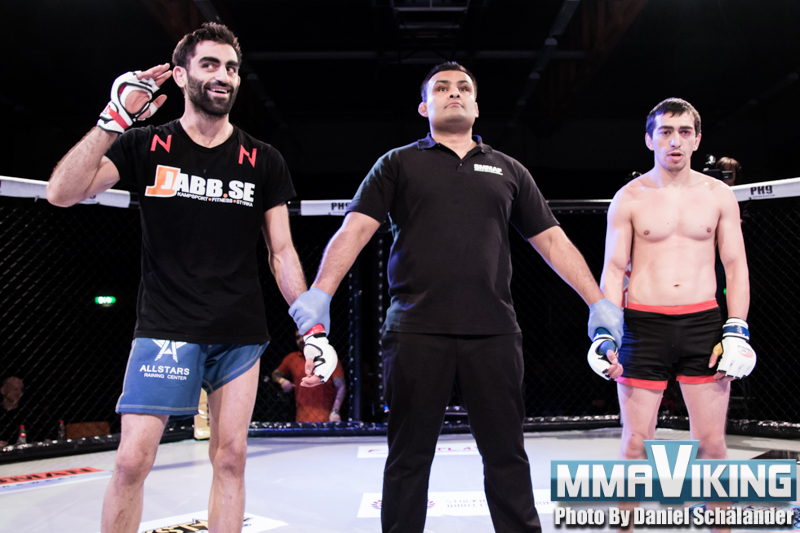 International Ring Fight Arena (IRFA) will again bring its brand of MMA to Solnahallen in Stockholm on November 22nd.  Local kickboxing stars will continue their transition into mixed martial arts as again Sadibou Sy, Daniel Teymur, and David Teymur return to the IRFA cage to show their crisp striking and improved grappling skills.

There will be one title on the line, as Allstars Training Center fighter Mohammad “Baby Foxi” Babadivand (4-0) takes on Pancrase Gym’s Martin Fouda (4-4-1) for the IRFA Bantamweight strap.

Undefeated prospects will also be plenty. “King” Karl Albrektsson will build on his 3 win and 0 loss professional career, as the Pancrase gym light heavyweight fights again. Also at 3 wins and 0 losses is the dynamic Oliver Enkamp, who brings his strike first style back to IRFA.

Undefeated grappler Iman Darabi has been hard at work and puts her undefeated 2 win and 0 loss record on the line as she faces a yet to be determined opponent.