Nordic MMA have been on the rise for a long time, and it only continues. Tomorrow there will be five Swedish martial artist fighting the elite of the world. Two, possibly three will be title fights. MMAViking will be covering all five fights, here is a short preview of the fighters and where you can view them. 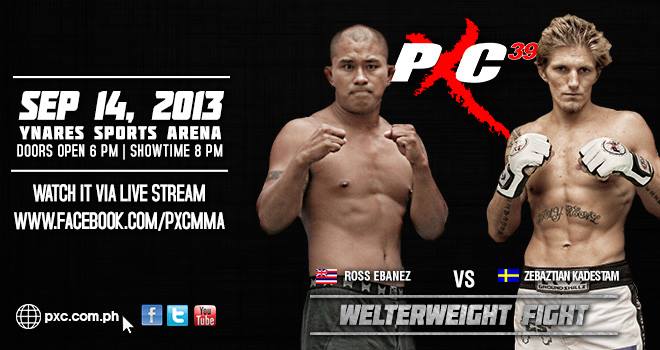 Zebaztian Kadestam (4-0-0) versus Ross Ebanez (20-8-0) will be happening at PXC 39 in Manilla, Philippines. The Swede and Uppsala native Zebaztian fights out of Legacy Gym in Thailand, where he is surrounded by great training partners such as the legendary Ole Laursen. Zeb have won all of his four fights by stoppages, and with a win against Ebanez, there are rumors he will get a chance at the title. You can view the fight at Pacific Xtreme Combat’s Facebook page for free, the prelims starts at 14.00 (CEST). 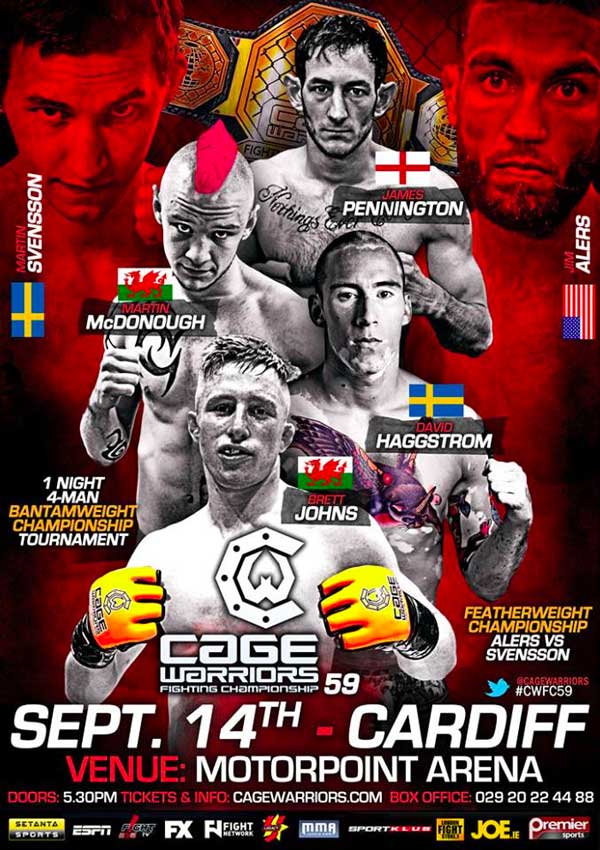 David Häggström (7-1-1) versus Brett Johns (6-0) is the second leg of Cage Warriors 59 bantamweight four-man tournament in Cardiff, Wales. Swede Häggström fights from the Renyi Fight Camp in Umeå, and for this fight he has also been training with James Doolan at his gym, the Dinky Ninjas. The winner of this bout will meet Kris Edwards or James Pennington in the main event, which will determine the new bantamweight champion. You can see Häggström vs. Johns at Cage Warriors Facebook page for free, between 20.45 and 23.00 (CEST). Read our pre-fight interview with the Swede!

Mats Nilsson (10-2) versus Denniston Sutherland (20-11) landed on the main card of Cage Warriors 59. Swede Mats fights out of Rumble Sports gym in Copenhagen and Kaisho Martial Arts in Helsingborg. The middleweight have only lost against top ranked opponents Tor Troéng and Timo Suhonen. The main card can be viewed at Cage Warriors own page, which starts 23.00 (CEST).

Martin Svensson (12-3) versus CWFC Champion Jim Alers (10-1) will be the co-main event of the Cage Warriors 59 card, which also is a featherweight title fight. Swede Martin fights out of Frontier MMA in Malmö, and will take on “The Beast” for the FW belt. The big and charismatic Swede have won against top quality opponents, and his next meeting might be his toughest yet. Jim Alers last successful defended his belt against the Finn Joni Salovaara, and won by a triangle armbar.  The main card can be viewed at Cage Warriors own page, which starts 23.00 (CEST). 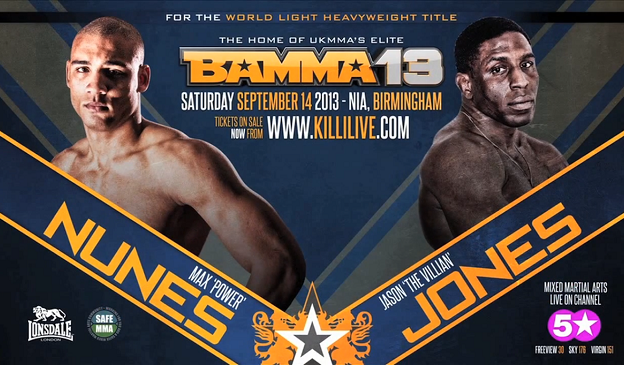 Max Nunes (11-0) versus Jon Jones (19-10) will be for the BAMMA Light Heavyweight belt at BAMMA 13. Swede Max is undefeated and have won all of his 11 fights, 11 finishes, and only two of them have made it out of the first round. He fights out of New Wave Academy MMA gym in London, but have also prepared in Allstars Gym in Stockholm and Alliance Gym in San Diego. His opponent trains at Golden Glory, Amsterdam and have finished 15 fights of his 19 wins.