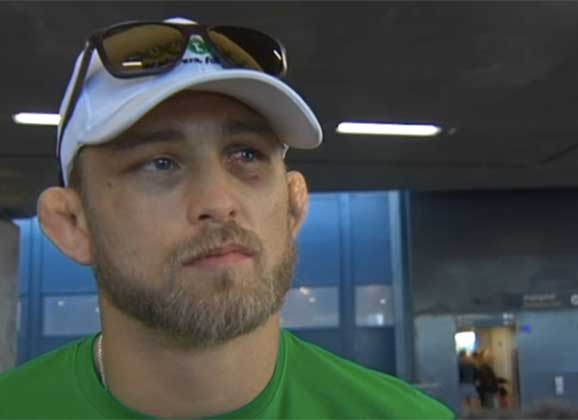 Alexander Gustafsson fever is high in Sweden after capturing a nation in his effort to become the first Nordic fighter to win a UFC championship. The Swede battled with the best UFC light heavyweight in history and lost a narrow decision, but capture the respect and gained fans across the world. Manos Terzitane, Gustafsson’s manager, was able to capture this video upon his arrival at Arlanda airport in Stockholm.

Gustafsson has made the front page of all mainstream papers and praises from other professional hockey players and sports stars such as Zlatan Ibrahimovic.