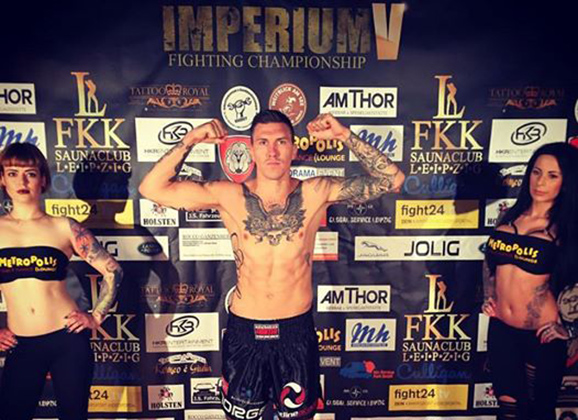 Swede Håkon Foss (7-3), fighting out of Frontline Academy in Norway, won tonight in spectacular fashion over Jonny Kruschinske (14-16-2) at Imperium FC 5 with a first round stoppage.

“1 elbow straight out of Thailand and 2 knees to the head and he went dead then i walk off” says Foss about the first round victory over the late replacement German in Germany.

Foss now has three stoppages in row, all in 2016, starting with Jussi Halonen at Cage 34 and then Graham Armstrong at ICE Fighting Championships 15.

“Son Goku” had won his last four out of five bouts before entering the cage tonight. Foss has now won 5 out of his last 6 bouts, with the only blemish to Karl Amoussou at Venator FC 2.