Today Heroes released that they’ve signed a multi-fight contract with Pannie “Bonzai” Kianzad (3-0-0). Pannie has been on a tear racking up a solid three fight win-streak in 2012. Pannie will appear on Heroes March 23rd card. 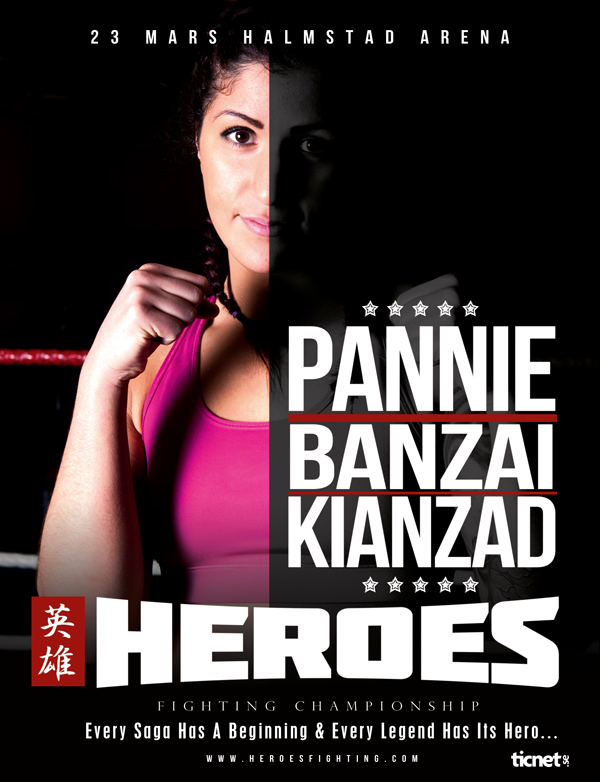 Pannie has a background in Boxing and has competed in Shootfighting where she placed second place in Sweden after loosing to Lina Eklund (2-2-o) in a close fight in 2010 and first place in 2011 before making her pro debut at MMA Raju in April last year. The 21 year old fighter representing Kaisho Kampsport topped of the year with two wins in December against Cheryl Flynn at Vision and Lina Länsberg at Trophy MMA. No opponent has been assigned to Pannie yet.