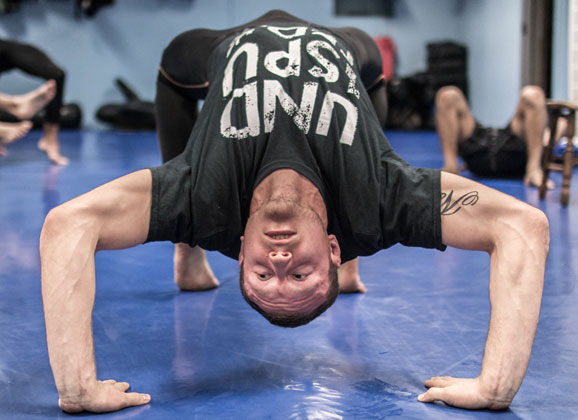 Swede Jack Hermansson (14-2) will face a powerful and experienced Brazilian Cezar Ferreira (10-5) on the UFN 100 card in São Paulo going down tonight. “The difference will be that I will not have the crowd on my side” says the Norway based fighter to MMAViking.com that will be in enemy territory at the Ibirapuera Gymnasium.

The Frontline Academy fighter beat Scott Askham back in September in his UFC debut. “And of course my opponent Ferreira is a little bit different in his style but they do have a lot of similarities. My prep has been pretty much the same.”

Mutante trains out of MMA Masters and has nine fights in the UFC, and once had a three fight winning streak. He was seen as a top contender in the middleweight division while winning three straight fights in 2012-2013.

“I will just stay focused on my fight and try to use the energy from the crowd to my advantage.” says the Joker that will not have too many fans cheering for him.

While the former Cage Warriors champion has a background in wrestling, Jack is ready to do everything to get the win. “I think you will see a mixed fight both on our feet and on the ground!”