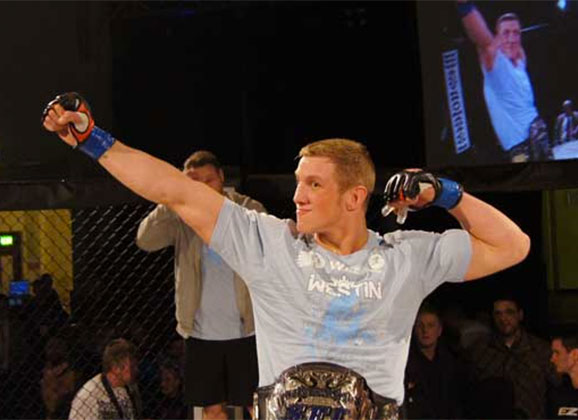 Swede Jonatan Westin (6-2) has signed a five-fight deal to compete exclusively in Cage Warriors.  The promotion announced the acquisition today.  Westin trains out of Stockholm’s Allstars Training Center and is a welterweight prospect who has won his last 6 of 7 bouts, only dropping a controversial 7 second KO in May of 2012 to Robert Radomski.

Westin captured the SFC title by submitting Dan Hope back in 2011, and last fought in December at Trophy MMA 3, where he submitted Grzegorz Lipski in just 36 seconds. He has wins against other notables such as Finns Glenn Sparv and Kai Puolakka.

“Cage Warriors has a very strong welterweight division but I’m looking forward to being a part of it, and I’m excited to make my debut,” said Westin to Cage Warriors.

The 24 year old could be a potential fighter on the upcoming Stockholm card on August 23, which will be the debut of the promotion in Sweden.