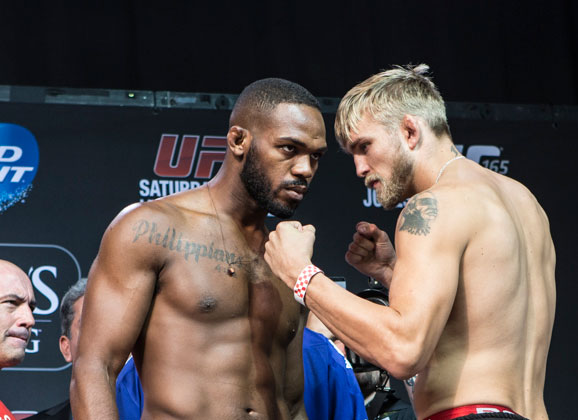 Alexander Gustafsson will not face Jon Jones in Las Vegas on on September 27, as the UFC has just reported that the bout “has been postponed after the Swede suffered an injury in training this week”.

The UFC 178 card will move forward with Daniel Cormier’s getting his shot at the champ at the MGM Grand Garden Arena, instead of The Mauler.

Gustafsson last bout was a TKO of Jimi Manuwa at Fight Night London in March, while he waited on Jones to beat Glover Teixeira at UFC 172 in April to set up the rematch, which will now have to wait.

UFC officials made the announcement of the main event switch to Jones vs. Cormier on Wednesday.  Cormier has stopped both Patrick Cummins and Dan Henderson since dropping down from heavyweight.  Both fighters were angling for the bout, and now it seems they will have their wish.

Several outlets are reporting that the Mauler tore his meniscus. There was no timetable as to when the Swede would be looking to return to action.