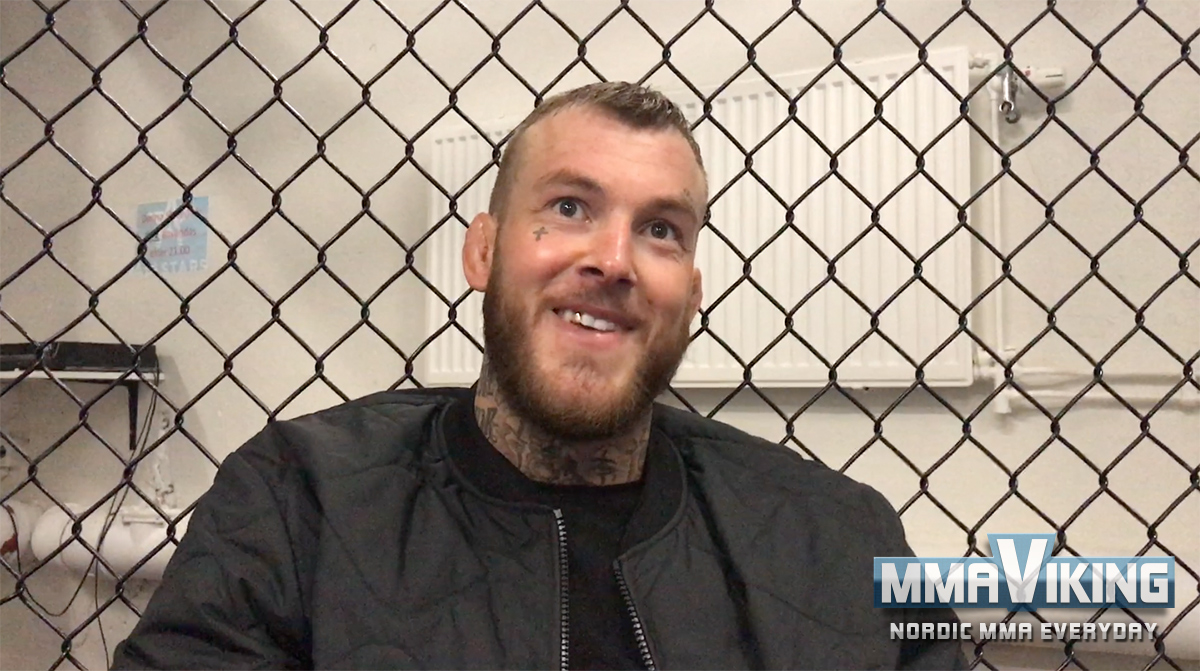 Undefeated Kenneth Bergh (5-0) will have the toughest test of his career today as he faces Norman Paraisy (15-4-2-1) in London.  The Norwegian is not taking the fight lightly.  “I expect a three round war” says the Frontline Academy fighter to MMAViking.com during his weekend visit to Stockholm.

“It’s a make or break fight for him” says the 27-year old about the former middleweight Cage Warriors title challenger that is now focused on the light heavyweight division.  “He is more hungry than ever.”

The Norwegian beat Ross Cooper in his Cage Warriors debut last November.  Overall, he has 5 wins and 0 losses with no bouts going past more than 3 minute mark.

“I have the physical abilities and I work hard.” says the undefeated fighter about moving toward a Cage Warriors title shot or getting into the UFC’s Octagon soon.

Paraisy last fought in 2014, when he took on another Frontline MMA fighter in Jack Hermansson.  The Joker submitted the Black House fighter in the forth round of the title bout.  The 31-year-old will have experience on his side as he turned pro in 2006 with only 1 loss in 13 of his first fights. The Cage Warriors vet won four straight bouts from 2013-2014.