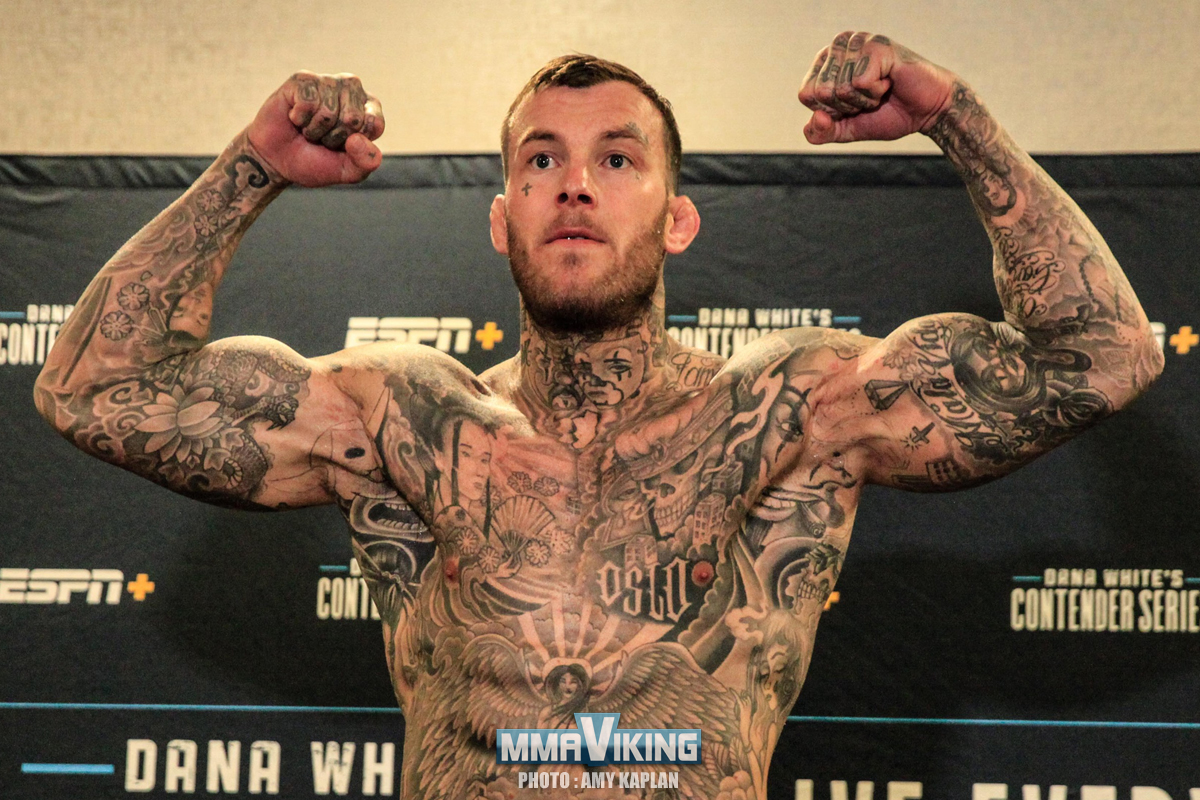 Bergh is coming off a win over UK’s John Schools (0-0) a former boxer and kick-boxer that will made his MMA debut Battle Arena 57.

Prior to this bout, the Frontline Academy fighter lost at Dana White’s Tuesday Night Contender Series, but then opponent Antonio Trócoli tested positive for a banned substance, which should make the Frontline Academy’s only official loss a No Contest. The 30 year old Bergh is still under the UFC banner development plan, and needs a few more wins to take another step closer to getting back into the UFC’s Octagon again.

No opponent has been announced for the matchup. Kenneth will be going for his 8th pro win.