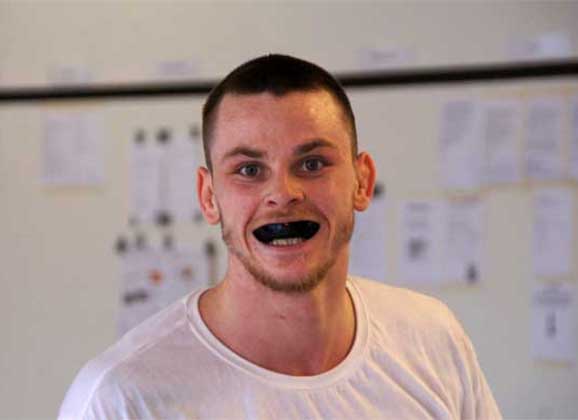 Niklas Backstrom makes his long awaited return to the cage. The Swede from Luleå will cross enemy lines as he travels to Kuopio, Finland for Fight Night 9 on Saturday night to face rising Finnish star Jaakko Väyrynen. “I’m so pumped for this fight” says Allstars Training Center fighter about fighting after more than a year layoff. 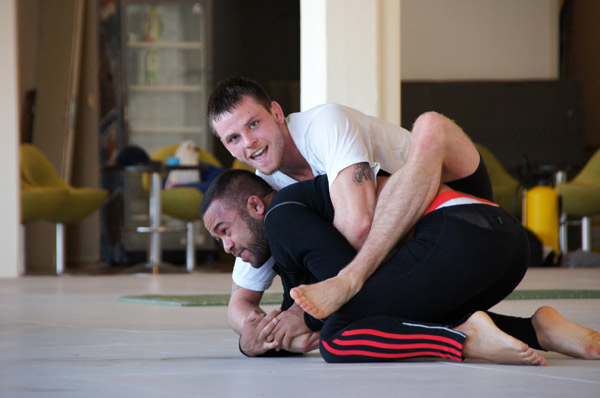 This will be Backström’s first fight in 2013. In 2012 he notched wins over Sergej Grecicho and Thomas Hytten. Backström comfortably outgrappled Lithuanian Grecicho, who is widely known for his submission skills, for three rounds at the Botnia Punishment 11. At the Vision Fight Night 1 Backström beat up Norwegian veteran Thomas Hytten and got the TKO stoppage in the second round. He was supposed to fight countryman Martin Svensson at Vision 5 but Svensson last December, but didn’t manage to make the featherweight weight limit so the fight was called off. The Swede comes into the bout at 5 wins and 0 losses.

When asked if was excited to be facing an experienced grappler, Backström says “I’m exited to fight whatever”. The Swede is known for getting up for fights, and the layoff has been hard for the fighter that likes to stay busy.

Finland’s Jaakko Väyrynen is an experienced grappler who holds a black belt in judo. The Finn is 5-1 in his last six with the lone loss coming by decision to highly regarded Tipi Hirvikangas at Cage Challenger 2 in 2011. In his last bout Väyrynen submitted wrestling powerhouse Jerry Kvarnström by heel hook at Lappeenranta Fight Night 8 in April of 2013. His overall record is 6 wins and 3 losses.

“I’m going to Finnish him” jokes the featherweight about his Finnish opponent. Known for his grappling himself, this should be an exciting Sweden versus Finland battle”I’m going to take it out on him” continues Backström about his layoff and recent bout cancellations.