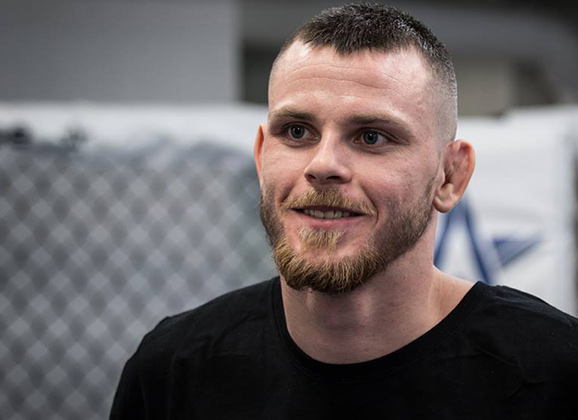 Swede Niklas Bäckström (8-1-1) is ready for his return to the Octagon. “It’s kinda funny now looking back at it. Have you ever been knocked out? You don’t really realize what’s going on.” says the Allstars Training Center fighter that last left the cage in a confused state after suffering his first loss to Mike Wilkinson in Stockholm in October. “I guess I said some stupid stuff.”

“I got surgery on my hand” says the featherweight that had a few months of recovery before getting back into full training for his upcoming bout in Germany on June 20th. Bäckström will now face Noad Lahat. “I just know his name. He is 8-1 just like me. And that is all I need to know.”

“It can all be over in one punch, no matter how much you have been dominating or think you are better.” – Bäckström

The 25 year old has learned a hard lesson in the last bout, and is looking to move forward it. “I have to respect my opponents ability to hurt me… If a punch lands you are going out.”

UFC Fight Night 69 takes place at O2 World Berlin and will be headlined by teammate Alexander Gustafsson. “I’ve never gone with Alex when he is fighting, so it will be fun to see how he handles it.”

“I’m pretty hyped.” says Backstrom at media day to MMAViking.com, who jokes that his Northern Sweden roots make it hard to tell how excited he really is to get back and fight.