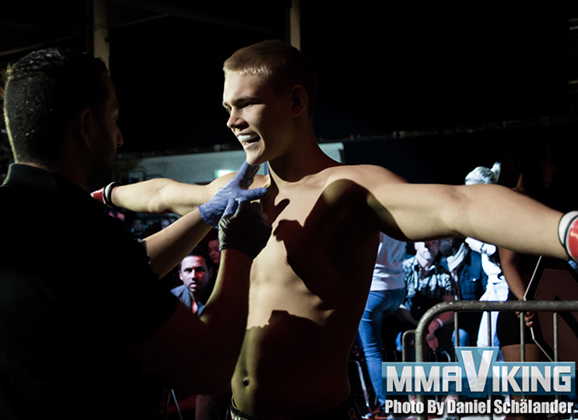 Undefeated Oliver Enkamp (4-0) turned 25 yesterday, and he wishes for a UFC contract. The Swede has been on the cusp of signing as he was selected for The Ultimate Fighter (TUF) season 22, but pulled out to rehab injuries. The welterweight has completed a worldwide tour of training, and has taken to social media announce his goal. “Now it is time for me to move up to the big leagues.”

Enkamp has won all four of his professional fights with three stoppages. His only decision was against the tough Guram Kutateladze at IRFA 6. The fighter that has spent time training MMA at Pancrase and Allstars Training Center submitted Lukasz Bieniek at IRFA 7 in his last outing in November of 2014