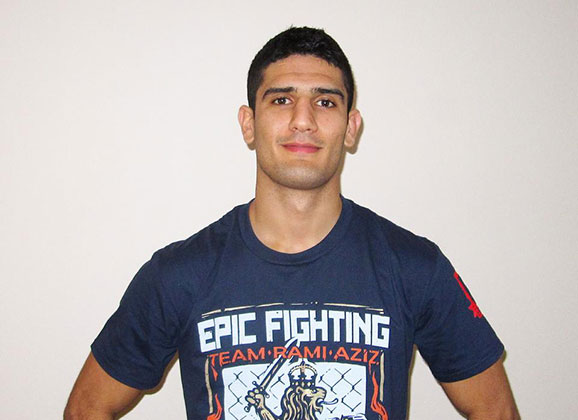 Rami Aziz improved his record to 7 wins and 2 losses in his return to the Desert Force promotion. “Rami shut down Elias’ dangerous submission game to win a unanimous decision.” says manager Tim Leidecker about the bout in Abu Dhabi.

The 22 year old took down Algerian Elias Boudegzdame (7-3-0) at Desert Force 13, and has now won both his Desert Force fights following his April debut.  “Vinst vinst vinst!” posts about his three round fight on Facebook.

“Good” says Aziz to mmaViking.com right after the bout about his performance. “He was the toughest opponent I met. I was maybe little bit lazy but i took the win anyway.”

Aziz was born in Iraq, but trains in Gothenburg. The featherweight is now on a six fight winning streak including a solid win over Finn Jaakko Vayrynen at GCE in Finland last December.

He has signed a multi-fight agreement with Desert Force.