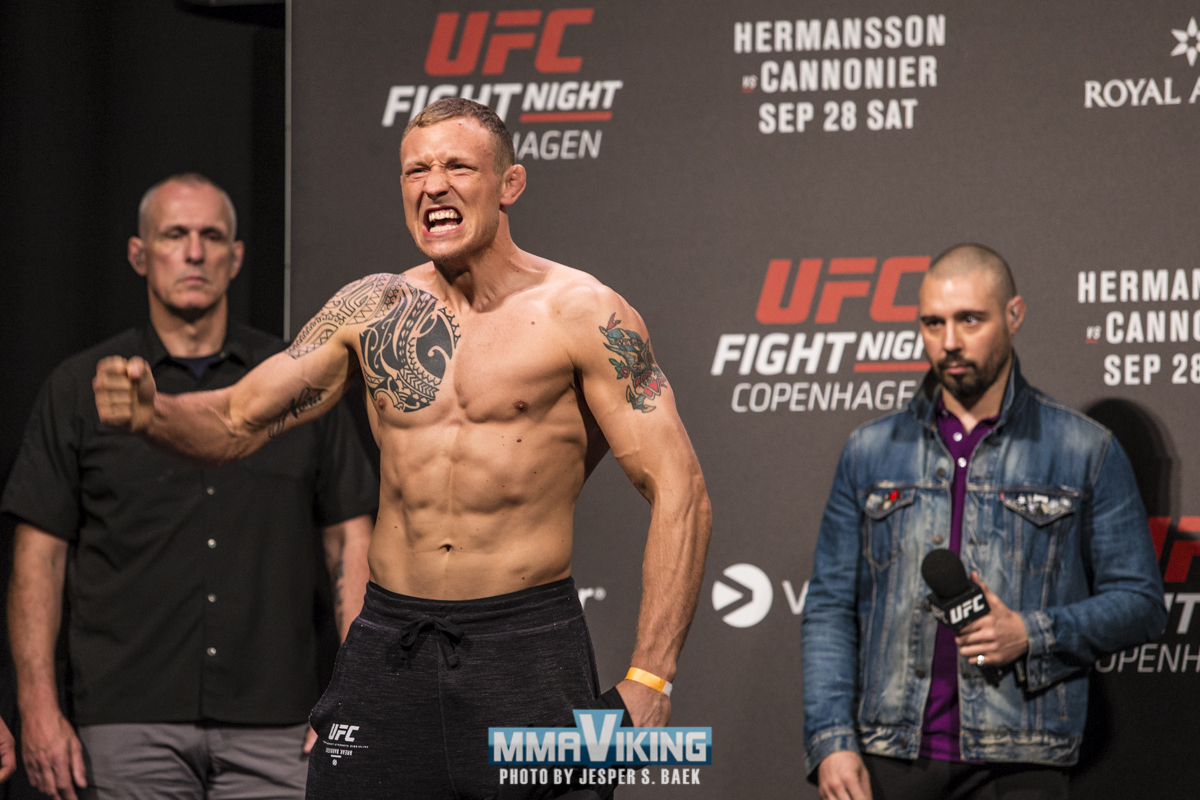 Jack Hermansson (21-5) was originally set to face Darren Till (18-3-1) at UFC Fight Night on December 5, then it was Kevin Holland (20-5), and now it might be Marvin Vettori (15-3-1).  Holland has tested positive to the coronavirus reports Ariel Helwani, taking him out of the upcoming bout.

The “Joker” submitted Kelvin Gastelum (16-6-1) at the UFC Fight Island 2 in co-main event at Yas Island in Abu Dhabi in his last outing and was looking for his next bout to take him closer to a title shot. The win put jack back on the winning track after he lost to Jared Cannonier (13-4) at UFC Copenhagen in his previous outing.

Holland is known as the “Trailblazer” and had won an impressive 4 fights in 2020. The fighter out of Texas was looking for an unprecedented 5th win in the calendar year. but COVID has taken him out of the opportunity.

Vettori “The Italian Dream” was expected to face Ronaldo Souza at the UFC 256 on December 12, so if the bout comes together he would move up his fight one week to a new opponent. The 27 year old is on a 3 fight winning streak, with his prior loss being a split decision to champ Israel Adesanya.