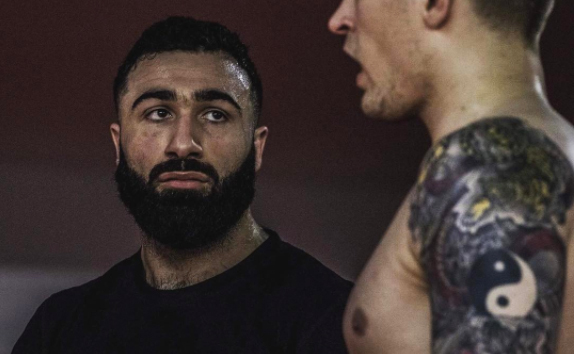 Fightzone’s Rostem Akman (0-0) is training in Iceland to get ready for his upcoming pro debut at Superior Challenge 15 on April 1. “I’m training and getting good sparring at Mjölnir. Training with a lot of high level blackbelts and very good MMA sparring.” says the bronze medalist at the 2016 IMMAF World Championships to mmaViking.com.

“Me and my team got contact with Mjölnir at competitions and we have the same fighting philosophy about how to train and fight. So it was natural for me to come here and train and get good sparring for the fight.”

The Swede will be taking on Norwegian Gard Olve Sagen (1-0) in a much anticipated fights of young prospects. “I know Gard is tough and motivated and think he can beat me. But I want this so much and worked really hard for this.”

The middleweight is coming off his second IMMAF Euro Open win and hopes to eventually get into the UFC.

“I have better wrestling, better boxing, better jiujutsu, maybe he’s better at doing squats and deadlifts then me. Buts it’s a MMA fight. And I’m ready and coming to fight.” says the confident fighter about the Stockholm showdown.