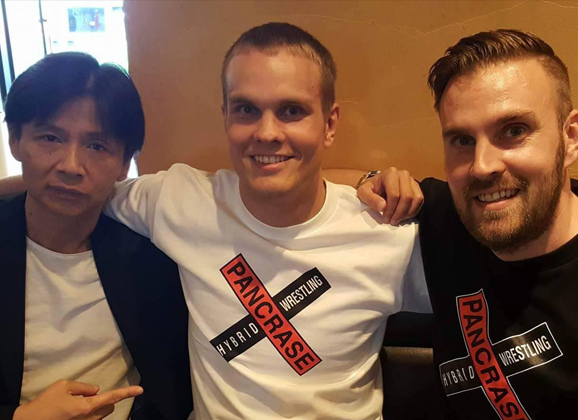 Andreas Lindblad (2-1) is closing in on an agreement with the famed Japanese promotion Pancrase. “It all started with a love that grew for Japan after being there 2014, and we got in contact with Pancrase last year” says the Swede to MMAViking.com from Japan, where he and his brother Robert are chasing down meetings in an attempt to get signed a bout agreement. “We were focusing on making a lot of visits to the local gyms and also trying to meet up with the guys at Pancrase, and lucky enough they wanted to meet up.”

With meetings with Shinji Nishimura, responsible for recruiting international fighters, and CEO Masakazu Sakai progressing, a fight is now on the table. “I told Shinji and Mr. Sakai that I would love to choke out Dominique Robinson.” says the Swedish lightweight about the American that is already signed by the promotion. “I’ve seen him being really disrespectful and arrogant which really rubs me the wrong way. They thought it would be a good matchup, too.”

“Pancrase is planning on having a event in Las Vegas, which is Dominique’s hometown apparently. So they suggested me fighting him over there, and that is really something I would love to do. So now I’m just waiting to get me a fight in the fall here in Sweden, and then hopefully get maybe a fight in Pancrase before the one in Vegas.”

The outgoing “Guillotine” gives a shout out to “my brother Robert for helping me out with this, to Shinji and Mr. Sakai at Pancrase and of course to all my teammates at Frontline Academy/Hilti BJJ/Samurang FC. And thanks to my sponsors Nocco BCAA, Just Grind, Laetus Design.”

Andreas Lindblad on IRFA Matchup ‘Excited to Fight in Sweden’ 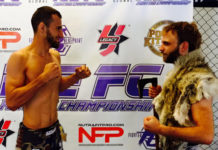 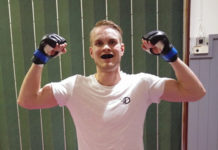 Andreas “The Guillotine” Lindblad Lives Up to Nickname

With SC 13 Bout Postponed, Andreas Lindblad Books Bout at Gods of the Arena