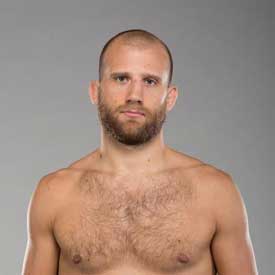 Tor Troeng is the unlikely new cast member of the 17th edition of The Ultimate Fighter. With UFC-ready skills and quiet demeanor, “The Hammer” is the opposite of recent cast members with red mohawks and just a few fights under there belt. “I’m not a typical TV person” Troeng admits in this exclusive conversation with MMA Viking.

It became official last week, that the Swedish mathematician is officially in the TUF house. MMA Viking caught up the Troeng (15 wins and 4 losses) who is back in the country to get as much insight into his experience, without costing the Swede the multi-million dollar fee for discussing anything that happened on the show.

“To much people, lights and noise (in Vegas)” Troeng tells MMA Viking just a few days removed from the official revealing of the 28 fighters. To understand the perspective of the 29 year old, you need to understand that Troeng is from Northern Sweden and lives in calmness of Umeå, which is closer to the Arctic Circle than it is to the faster pace of Stockholm. If you were looking for a city that would be the exact opposite of Umeå, Vegas would be a good bet.

“The area is famous for its steel, which I think is a good representation of Sweden” says the MMA veteran about his adoption of the term “Swedish Steel” to represent the hard work and stability of the steel industry area to the north of Sweden. The middleweight talks about making his country proud and being a “good reputation for Sweden”. “We don’t talk much or make much noise” says Troeng, who will likely make more noise with victories in the cage than trash talk outside of it.

“I’ve have a bad experience from reality shows and didn’t want to be known for that. But I think TUF has another side to, where there is a lot of competition involved. And I love that part of it” says Troeng.

The Renyi Fightcamp fighter talks about the need to get away from it all as much as he can. “We both needed to get away of the sound and lights,” says Troeng who left with Nico Musoke during the tryouts to enjoy nature, and left to the Grand Canyon.

While Troeng, likes silence, he discussed the “hard situation” in the silence of the Octagon during the show. “It’s an interesting experience… a new experience in the way of fighting. You always have coaches, and environment you are used to. In the first fight, I didn’t know coaches or know anyone there. I only knew myself. You can feel the intensity. A very hard situation to deal with. All by yourself.”

“They liked my record and what I did. I had a feeling they wanted me on the show.” says the Swede about the process of getting selected.

Don’t expect huge viewing parties for TUF episodes. “I haven’t decided. I might watch with girlfriend or family.” Says Troeng, who hasn’t really thought about the situation. He will however be in Sweden, and staying out of the Vegas lights, at least for a while longer.

Troeng would like to thank his family and friends, and teammates. Orcbite, TimeLab, and Budo Fitness.

Follow Troeng on Twitter at @ThorTheHammer or visit his website at http://www.tortroeng.com. 28 fighters who will compete on the latest edition of the promotion’s long-running reality series, which debuts Jan. 22